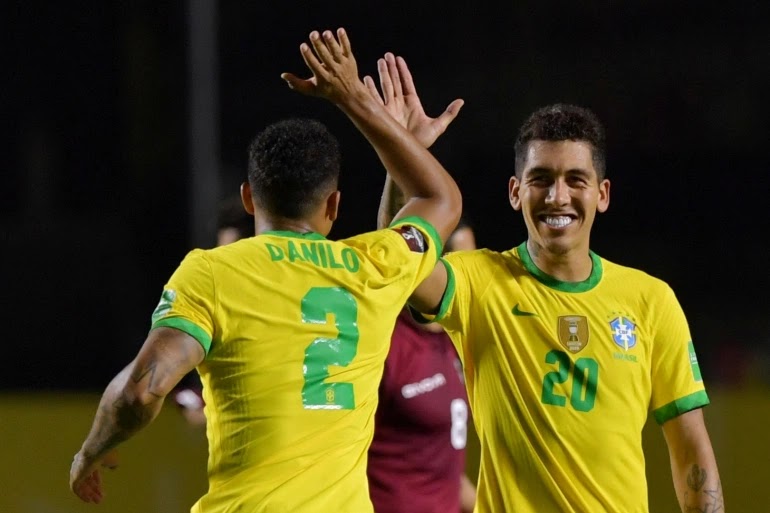 Brazil needed a goal from Roberto Firmino after a disorganized performance to win 1-0 to Venezuela, and it continues its perfect start in a lackluster match in Sao Paulo at dawn today as part of the FIFA World Cup Qatar 2022 qualifiers.

The 5-times world champion has scored 9 goals in the last two matches, but has struggled from the start against the resilience of Venezuela, and it is the only one among 10 South American countries that did not qualify for the finals.

Richarlison put Brazil ahead in the seventh minute, but the goal was canceled after reviewing the video assistant referee (Farr) for offside, and following a foul by the same player against the goalkeeper, another Douglas Luiz goal was canceled 5 minutes before the end of the first half.

The victory came through Firmino in the second half when he was in a good place, to score from close range after an incorrect defensive dispersion with the header.

Venezuela midfielder Luis Mago said, “We managed to compete with them and cause problems for them within a while. We made one mistake and paid dearly.”

The victory means that Brazil amassed 9 points, with a perfect mark of success, and has not lost a match in World Cup qualifiers since its 2-0 defeat by Chile in 2015 20 games ago.

Brazil tops the qualifiers after 3 games, while Venezuela has one point, the only one that has not scored any goal in the qualifiers so far, and sits in the penultimate position with Peru.

Bolivia is the only one that has not scored a single point from 3 matches.

The first 4 teams qualify directly for the finals in Qatar 2022, while the fifth-placed team plays the continental play-offs.

In the next round, Brazil will visit Uruguay on Tuesday, while Venezuela will play at home against Chile on the same day.