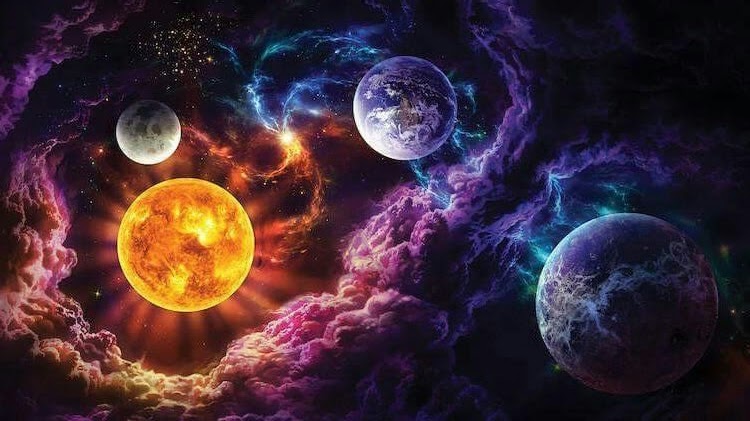 A joint international research team announced that the number of rocky planets that can exist in the habitable zone around stars such as the sun in our Milky Way galaxy is about 300 million planets, which opens the door again to the question of our limitations in finding traces of life in our cosmic surroundings.

The habitable zone is the region around the star in which if the planet’s orbit is present, scientists likely have liquid water on it. It is not too close to the star for water to evaporate from its surface, and not too far to freeze.

To reach these results, the team worked on a careful examination of the data from the “Kepler” telescope, focusing mainly on stars whose surface temperature is equal to the sun, or larger or smaller by a difference of about 800 degrees Celsius, and the planets that orbit around them in the habitable range. With a mass of 0.5 to 1.5 times the mass of the Earth, the “Gaia” space mission of the European Space Agency contributed to confirming these results with more accuracy.

The “Kepler” probe of the US Space and Aviation Agency (NASA) launched into space in 2009, and at that time the goal of the mission was to search for planets orbiting stars other than the sun (Exoplanets), and the probe completed its work in 2018, and the largest mission in this was the range.

According to the study – which was published in The Astronomical Journal, and the agency issued an official statement about it – 4 of those planets are likely to be within 30 light-years from Earth, and the closest of them is believed to be located 20 light years away from us. .

These results are a new addition in a relatively recent range that began with the discovery of a planet around a star called “51 Pegasi” (51 Pegasi) in the 1990s, which is the discovery that won the Nobel Prize in 2019.

So far, the “Kepler” mission has been able to detect the presence of more than 2,800 planets outside our solar system, knowing that the field of vision of Kepler covers only 0.25% of our cosmic ocean, which is the region of the sky that you could cover with the palm of your hand if you extended it in front of you.

Scientists believe that the future contains more accurate discoveries in this range, but the more of them we achieve, the more confusion becomes, and again the famous physicist Enrico Fermi’s question: Where did everyone go?

Fermi means that despite the expectations of the existence of billions of worlds around us, which could contain opportunities for the existence of life, we have not received any messages from those worlds yet, and he adds to Fermi’s question that we have not even found any pictures of accurate life yet, except on Earth.

Astrobiologists offer several answers, the first of which is that our understanding of this scale is still rudimentary, the fact that the planet is within the habitable zone is only one of the many conditions for the existence of life, but telescopes like Kepler only answer this condition.

On the other hand, some scientists believe that rational life may be so rare that a whole galaxy contains a few civilizations, or perhaps only one civilization, and therefore communicating with it may be very difficult, and some of the pessimists say that the advanced civilizations exist, but they are You do not want to be involved in a relationship with primitive civilizations like ours!