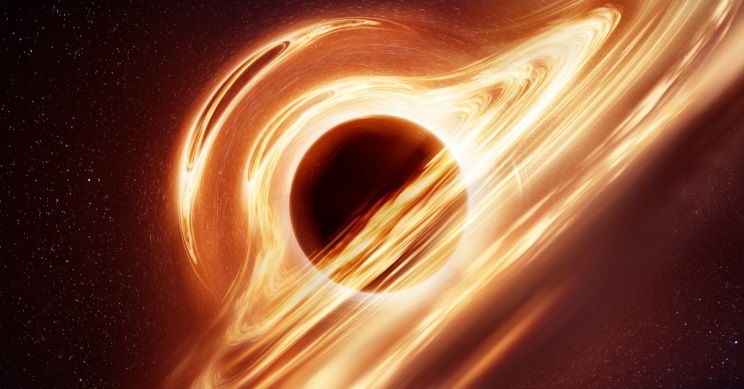 A supermassive black hole with the mass of around 100 billion times that of our Sun Supposed to be in the center of the galaxy Abell 2261 galaxy, which is 2.7 billion light-years from Earth, Disappeared in mysterious circumstances.

The arxiv.org site indicates that scientists initially used the Chandra X-ray Space Observatory to search for hot materials that fell into the black hole that emitted X-rays, but they did not find anything.

In the new study, the researchers analyzed more data, taking into account the possibility of the black hole being expelled from the parent galaxy, as a result of its merger with a second galaxy. It is assumed that a supermassive black hole will form as a result of the merging of two holes, which creates a gravitational wave.

The researchers observed indirect signs of the merging of two super-holes: First, the galaxy’s core, Abell 2261, became larger than expected for a galaxy of this size. Second, the distance from the galactic center to the nearest dense star cluster is about two thousand light years. This is a great distance that occurs when two closely related black holes begin to repel nearby stars.

But new data with the Shanda Observatory, and observations with the Hubble Space Telescope, did not reveal the existence of the black hole itself. This can be explained by the fact that the black hole absorbs material slowly, so it remains invisible to astronomers, or that it “escaped” far from the center of the galaxy.