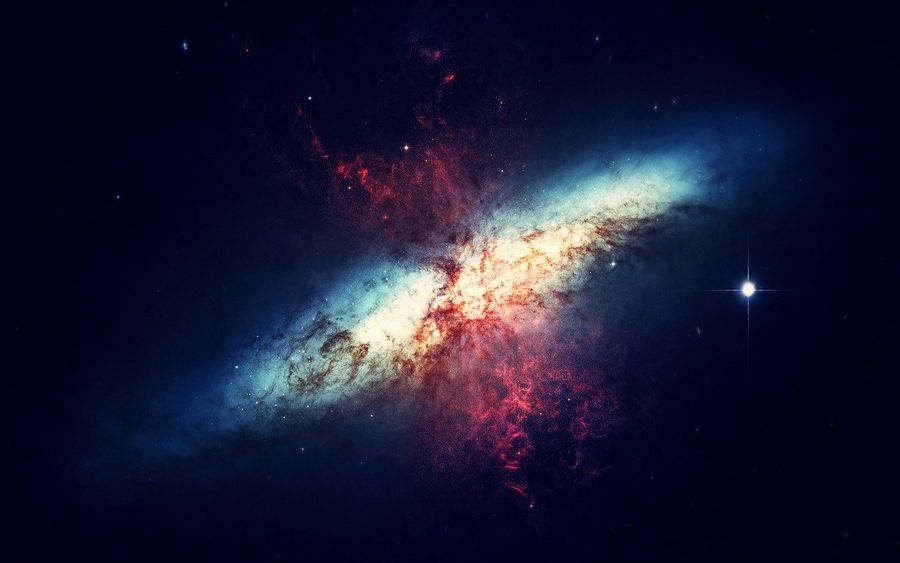 In a recent research astronomers discovered that the missing dark matter can be explained by the effects of tidal disruption. The gravity forces of the neighboring massive galaxy NGC 1035 are tearing NGC 1052-DF4 apart. During this process, the dark matter is removed, while the stars feel the effects of the interaction with another galaxy at a later stage.

“Dark matter is not there because it has already been removed,” said astrophysicist Mireia Montes. 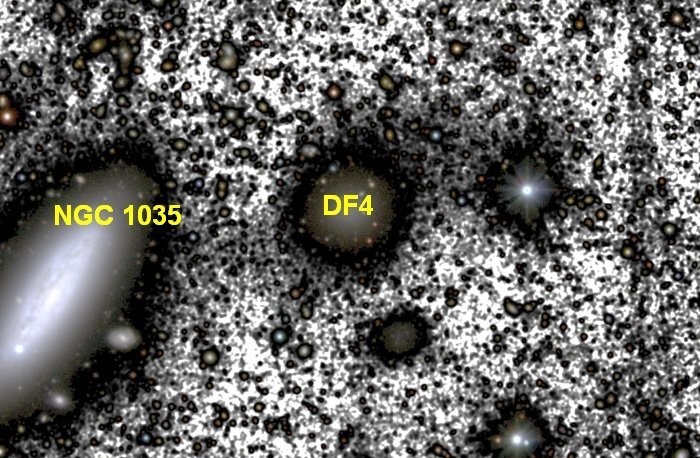 The discovery of NGC 1052-DF4 was announced last year, and it was the second galaxy of its kind – a faint, highly diffuse galaxy – to be found due to the depleted dark matter.

By studying the galaxy’s light, the astronomers also found evidence of tidal tails, which are formed of material moving away from NGC 1052-DF4. This further supports the conclusion that this is a disruption event. Additional analysis concluded that the central parts of the galaxy remain untouched and only about 7% of the stellar mass of the galaxy is hosted in these tidal tails. This means that dark matter, which is less concentrated than stars, was previously and preferentially stripped from the galaxy, and now the outer stellar component is starting to be stripped as well.

“This result is a good indicator that, while the dark matter of the galaxy was evaporated from the system, the stars are only now starting to suffer the disruption mechanism,” explained Ignacio Trujillo of the Instituto de Astrofísica de Canarias in Spain. “In time, NGC 1052-DF4 will be cannibalized by the large system around NGC 1035, with at least some of their stars floating free in deep space.”

The discovery of evidence to support the mechanism of tidal disruption as the explanation for the galaxy’s missing dark matter has not only solved an astronomical conundrum, but has also brought a sigh of relief to astronomers. Without it, scientists would be faced with having to revise our understanding of the laws of gravity.