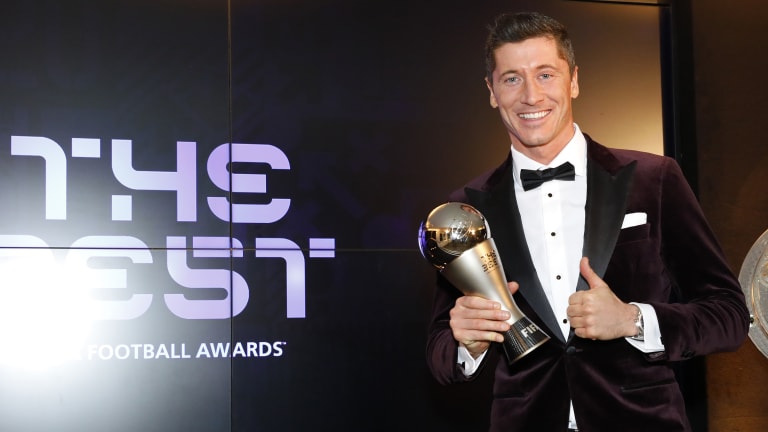 The Best FIFA Football Awards™ 2020 ceremony, held as a virtual event at the Home of FIFA in Zurich, crowned two household names, Lucy Bronze and Robert Lewandowski, as the game’s outstanding players on the women’s and men’s side respectively.

No one disagrees that the Polish star Robert Lewandowski top scorer Bayern Munich, deserves to be the best player in the world 2019-2020 season, after the Bavarians historical trilogy led.

According to the vote, Messi was the favorite among coaches, as he won 196 votes against 186 for Ronaldo, while the latter won 259 votes from the leaders of the national teams compared to 207 votes for Messi, and the “Don” won the vote of the masses by obtaining about 458 thousand against about 357 thousand, while he surpassed Lewandowski in all voting forms.

Lewandowski won the award after leading the list with 52 points, followed by Ronaldo with 38 and Messi in third place with 35 points.