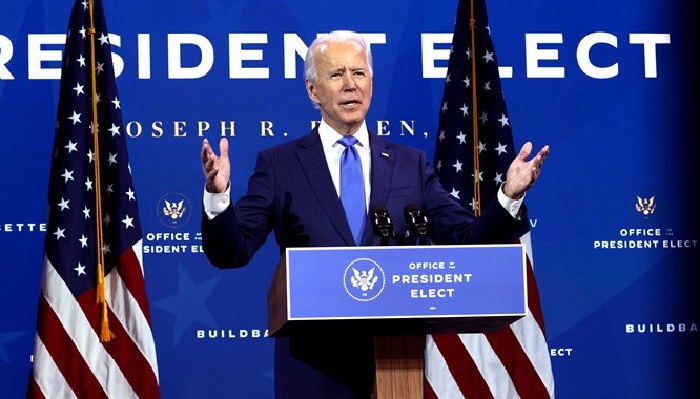 The US President-elect, Joe Biden, expressed his willingness to return to the Iran nuclear deal, and made clear that monitoring the Iranian nuclear program is the best tool to ensure stability in the Middle East.

Biden said in an interview with “The New York Times” that without a nuclear agreement with Iran, “we may be facing a situation in which Saudi Arabia, Turkey, Egypt and other countries in the region seek to develop nuclear weapons.”

“It will not be easy, but yes,” he said, in response to a question about whether he is ready to return to the nuclear deal, adding that “the future administration intends, in cooperation with allies and partners, to participate in negotiations and to develop additional agreements that would strengthen and expand the imposed restrictions.” On the Iranian nuclear program, as well as on Tehran’s missile program. “

Biden stressed that “building nuclear capabilities in this part of the world is the last thing we want.”

Biden had said earlier that if he wins the US presidential election, he plans to return the United States to the Iran nuclear deal.

The Agreement and the Joint Comprehensive Plan of Action were signed by Iran and the permanent members of the United Nations Security Council (Russia, the United Kingdom, China, the United States of America, France) and Germany in 2015, to limit Tehran’s development of its nuclear program, in exchange for the lifting of UN sanctions. And unilateral restrictive measures of the United States and the European Union against Iran.

In May 2018, the United States officially announced its withdrawal from the nuclear deal.