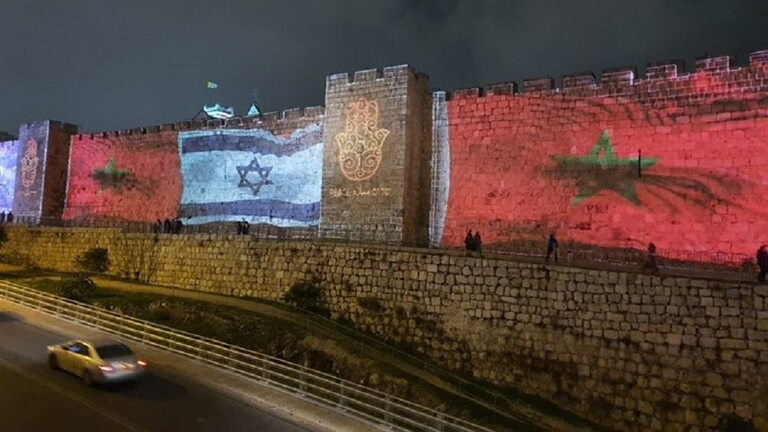 The Israeli authorities placed Moroccan flags on the walls of the Old City of Jerusalem alongside the Israeli flag, the day after the “normalization agreement” was signed between the two countries.

It is noteworthy that King Mohammed VI presides over the Jerusalem Committee on the recommendation of the Organization of the Islamic Conference in 1975, when the late King Hassan II was assigned to chair it before it passed to his son, the current king later.

“This is another important and historic political step, and I congratulate and thank Prime Minister Benjamin Netanyahu for this peace agreement,” Jerusalem Mayor Moshe Lion said on behalf of Jerusalem residents.

Lyon added, “I hope that after the Coronavirus crisis, we will be able to see the tourists from Morocco who will come to visit Jerusalem.”