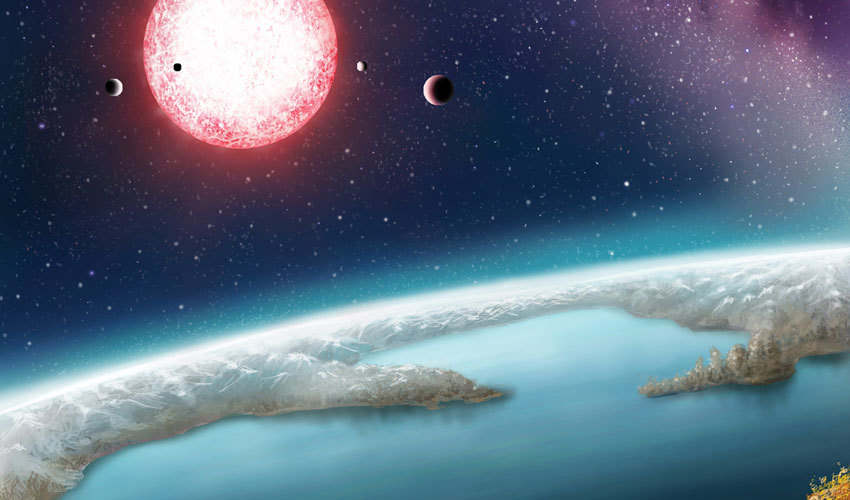 Kepler-186f
Kepler-186f is the first identified Earth-sized planet outside the solar system orbiting a star in the habitable zone. This means it’s the proper distance from its host star for liquid water to pool on the surface.

Kepler-186f Orbit and scale
Kepler-186f has a similar size to Earth and it is most likely a rocky world. It orbits the M-dwarf star Kepler-186 along with four other inner planets, which are as old as the Solar System.

Kepler-186f orbits its star once every 130-days and receives one-third the energy from its star that Earth gets from the sun, placing it nearer the outer edge of the habitable zone. On the surface of Kepler-186f, the brightness of its star at high noon is only as bright as our sun appears to us about an hour before sunset.

If you were standing on the surface of the exoplanet, Kepler-186 would appear about 30 percent larger than the sun appears from Earth, but Kepler-186f would receive slightly less light from its star than Earth does from the sun. So, at high noon on a sunny day on Kepler-186f, Kepler-186 would look comparable to the sun an hour before sunset on Earth. 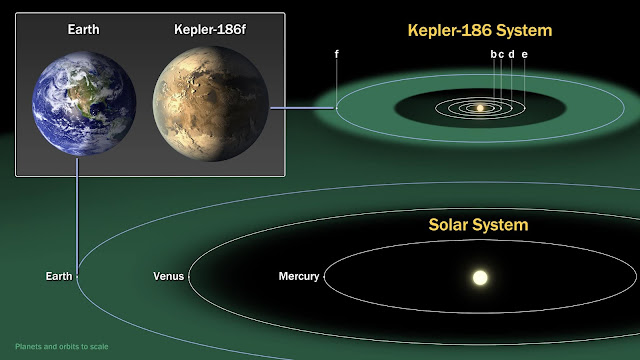 Is It Habitable?
Kepler-186f actually lies at the edge of the Kepler-186 star’s habitable zone, meaning that liquid water on the planet’s surface could freeze, according to study co-author Stephen Kane of San Francisco State University. But the planet’s larger size could actually help keep its water liquid, Kane said in a statement. Since it is slightly bigger than Earth, Kepler-186f could have a thicker atmosphere, which would insulate the planet and potentially keep its water in liquid form, Kane added. 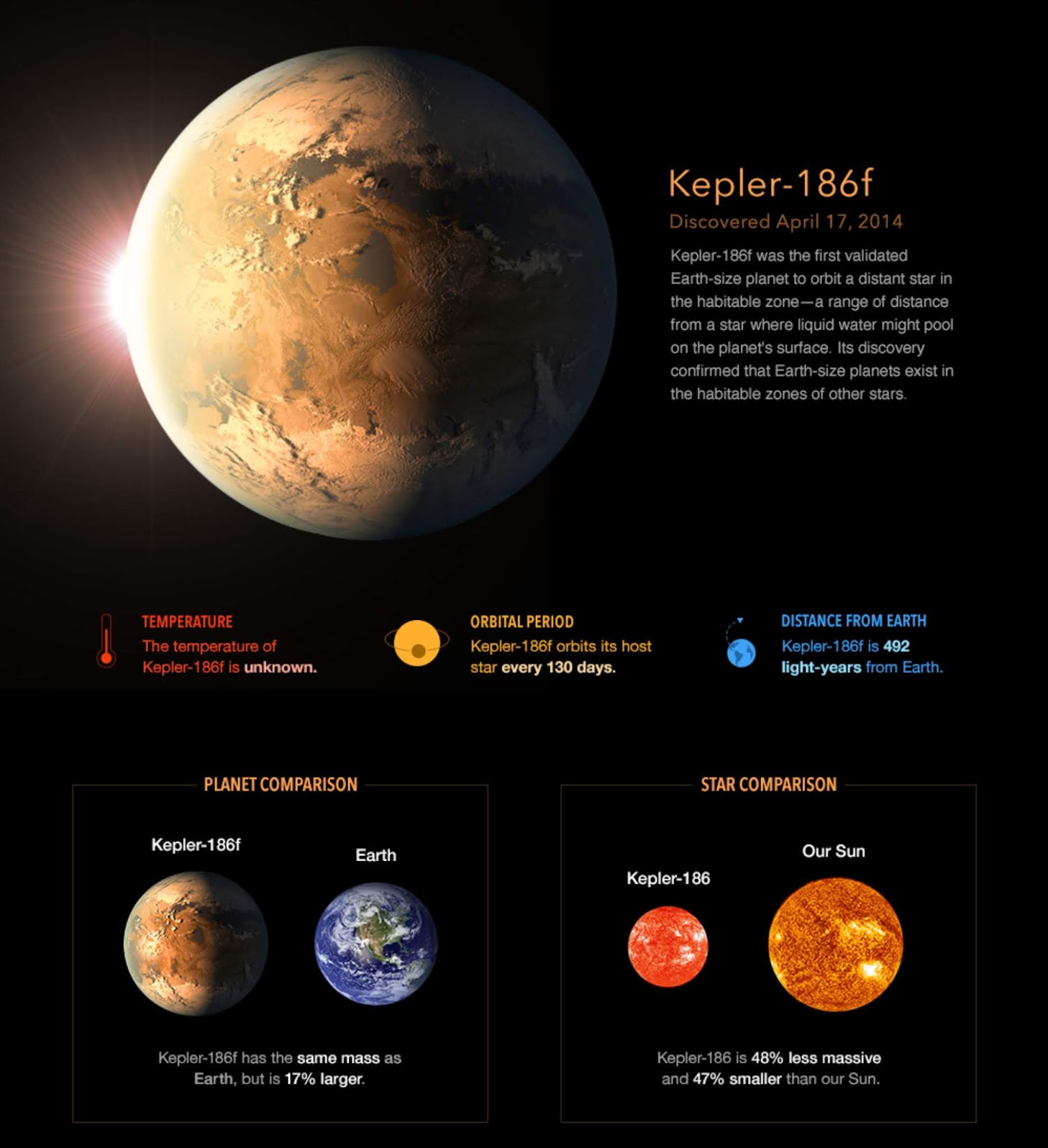