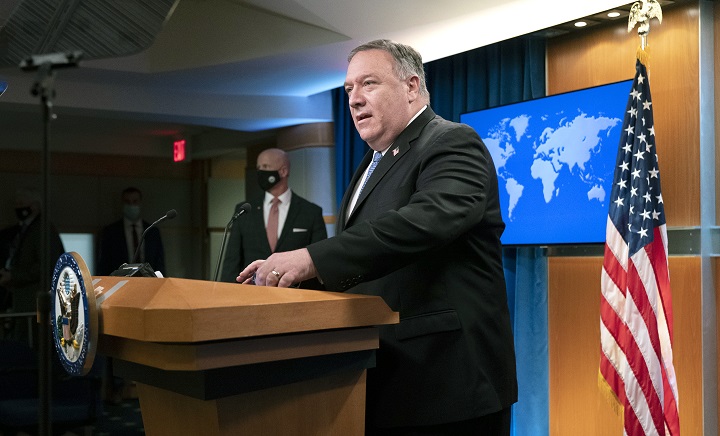 US Secretary of State Mike Pompeo is due to host a Christmas party for 900 people in Washington, DC, despite the sharp rise in Corona injuries.

The State Department event, “Diplomacy at Home,” will be held on December 15th in the department’s Benjamin Franklin Room, according to the Washington Post.

Sources familiar with the event said the invitations had been sent to more than 900 people.

Ian Lipkin, director of the Infection and Immunology Center at Columbia University, commented on this party, saying, “I am amazed … a party of this kind in an enclosed space, which causes danger on many levels.”

Last week, the State Department asked its staff to hold virtual meetings instead of in-person.

The United States, which has been witnessing a new epidemic boom a few weeks ago, is the country with the most recorded deaths due to the Corona virus in the whole world, and this outcome on Tuesday evening reached 270,450 cases, and it is also the first country in the world in terms of the number of people infected with the virus, as the death toll from confirmed cases in Corona reached As of Wednesday evening, there were more than 13.9 million infections, which is more than a fifth of the total number of infections recorded worldwide (more than 63.8 million infections) since the deadly virus appeared for the first time in China at the end of 2019.