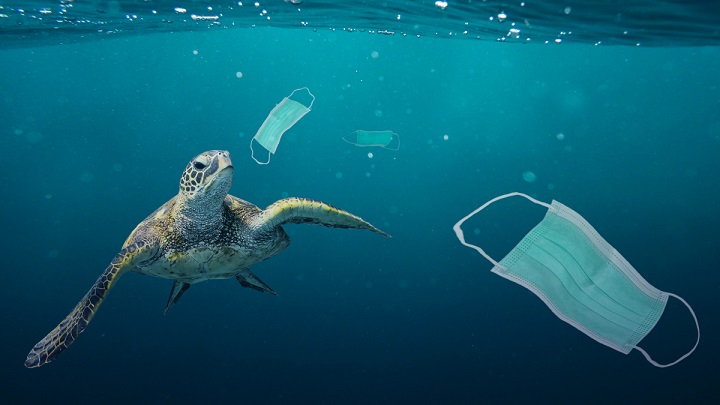 A Hong Kong-based environmental group has revealed that more than 1.5 billion face masks could end up in the world’s oceans this year, polluting tons of plastic and endangering marine life.

A report by OceansAsia cites a global market research profile, estimated that 52 billion masks were made this year to meet demand stemming from the coronavirus pandemic.

He also says that the “conservative” account means that at least 3% of it will end up at sea.

The report adds: “Disposable face masks are made from a variety of blown plastics and are difficult to recycle due to makeup and the risk of contamination and infection. These masks enter our oceans when they are littered or disposed of incorrectly, or when waste management systems are inadequate or Does not exist, or when these systems are overwhelmed due to the increased volume of waste. “

With each mask weighing three to four grams, the situation could lead to more than 6,800 tons of plastic pollution that “will take up to 450 years to decompose,” according to the report.

In addition to the harmful effects of microplastics and nanoplastics, floppy ear loops pose a “potential entanglement risk for wildlife,” the report says.

The report cites several examples of marine animals dying in masks, including a “dead blowfish” found by volunteers in blue mask rings disposable by volunteers cleaning Miami Beach in August.

In addition, a malnourished penguin was found dead on a beach in Brazil in September, with a stuffed mask reportedly in his stomach.

The report makes recommendations that include wearing reusable and washable fabric masks “whenever possible”.