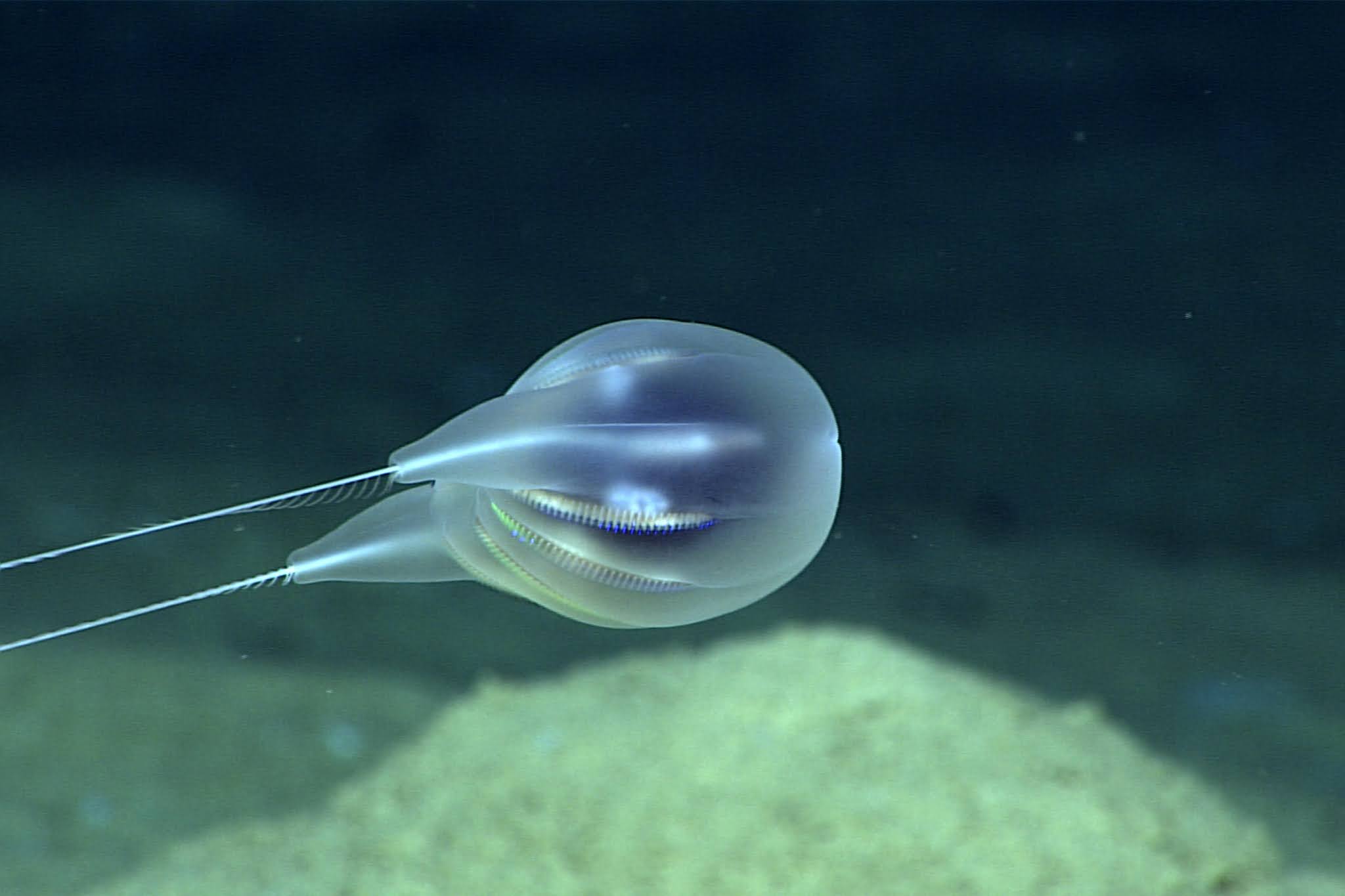 Researchers from the National Oceanic and Atmospheric Administration (NOAA) have identified a new species of ctenophore using high-resolution footage of a deep-sea drone for the first time .

Duobrachium sparksae, or “deep sea bubble”, were detected by Deep Discoverer off the coast of Puerto Rico in 2015, at a depth of 3,900 meters.

Drones in depths of sea sent frightening footage of a strange, bubble-like creature less than a millimeter long.

Classification of new species usually requires extensive laboratory testing and checks, which is extremely difficult with deep-sea bubbles like Duobrachium sparksae, because they don’t last long outside the overwhelming depths of the ocean.

“We don’t have the same microscopes that we do in the lab,” explained Allen Collins, a marine biologist at NOAA, “but the video can give us enough information to understand morphology in detail, such as the location of the reproductive parts and other aspects.”

Duobrachium sparksae contains a balloon-like body through which two long probes extend, and in at least one case, it has been observed to anchor the animal to the sea floor, while maintaining a constant depth, which may facilitate feeding in the mysterious underwater trench known as Guajataca Canyon.

“It moved like a hot air balloon connected to the sea floor in two lines, while maintaining a certain height above the sea floor. We did not notice a direct connection while diving, but it seems that the organism is touching the sea floor,” says oceanographer Mike Ford.

There are between 100 and 150 known species of ctenophores, and they are also known as jellies, sea gooseberries, or sea nuts. Despite their strange similarities, ctenophores are not related to jellyfish, although they are carnivores, they feed on small arthropods and their larvae found in the depths.

Given the harsh environment in which this particular marine bubble lives, researchers are unsure of when they might be able to catch a glimpse of this extraordinary creature.