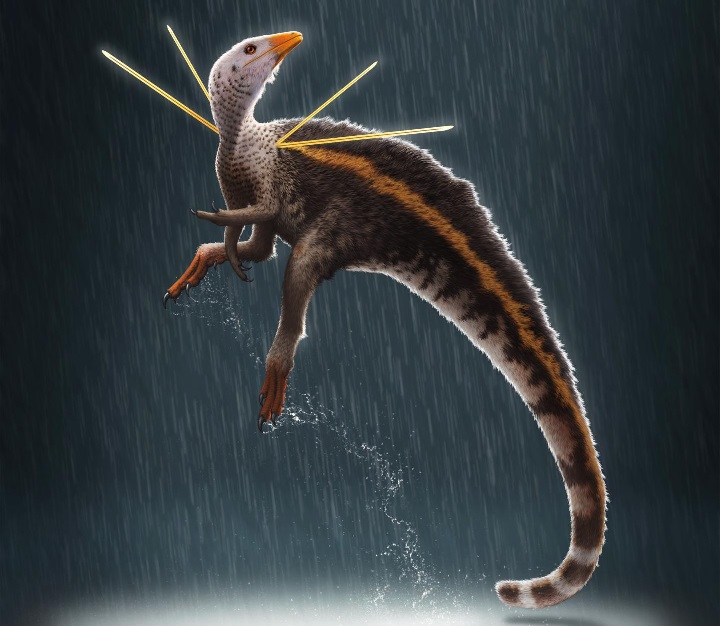 About 110 million years ago along the shores of an ancient lagoon in what is now north-eastern Brazil, a two-legged, chicken-sized Cretaceous period dinosaur made a living hunting insects and perhaps small vertebrates like frogs and lizards.

The new species was discovered while researchers examined fossils in the collection of the State Museum of Natural History in Karlsruhe, Germany. 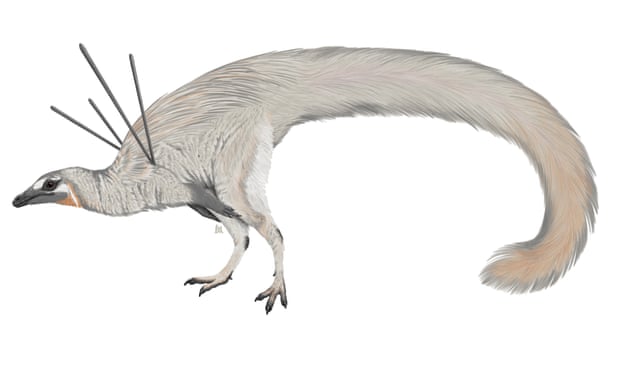 These ribbons weren’t bones, nor scales or fur. Instead, the long, flat ribbons were made of keratin, the same material that hair and feathers are made of. Strikingly, the researchers could tell all of this judging from x-ray scans of previously hidden skeletal elements encased in two slabs of stone from Brazil’s Crato Formation, a shallow inland sea laid down about 110 million years ago.

“There are plenty of other strange dinosaurs, but this one is unlike any of them,” said David Martill, a paleobiology professor at the University of Portsmouth in England, who helped lead a new study on the creature, published in the journal Cretaceous Research.

“The ribbons that seem to come from the shoulders are like nothing I have seen in nature before,” Martill said.