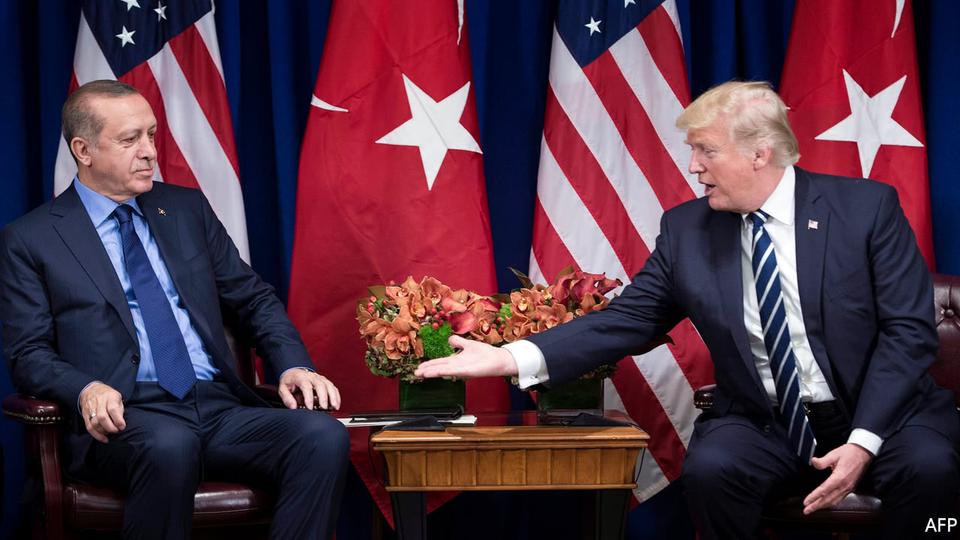 The United States on Monday imposed sanctions on Turkey over its purchase of Russian ground-to-air defenses and targeted the top Turkish defense development body, its president and three employees.

The move, while focused on the defense sector, including Turkey’s Defence Industries Directorate (SSB), has drawn a condemnation from NATO-ally Ankara and is likely to further strain Turkish President Tayyip Erdogan’s relations with Western allies.

In a statement, the State Department said that the United States had imposed sanctions on the Turkish Defense Industries Administration (SSB) in accordance with Article 231 of the “Combating America’s Adversaries Act” (CAATSA) for its purchase of Russian “S-400” air defense systems. 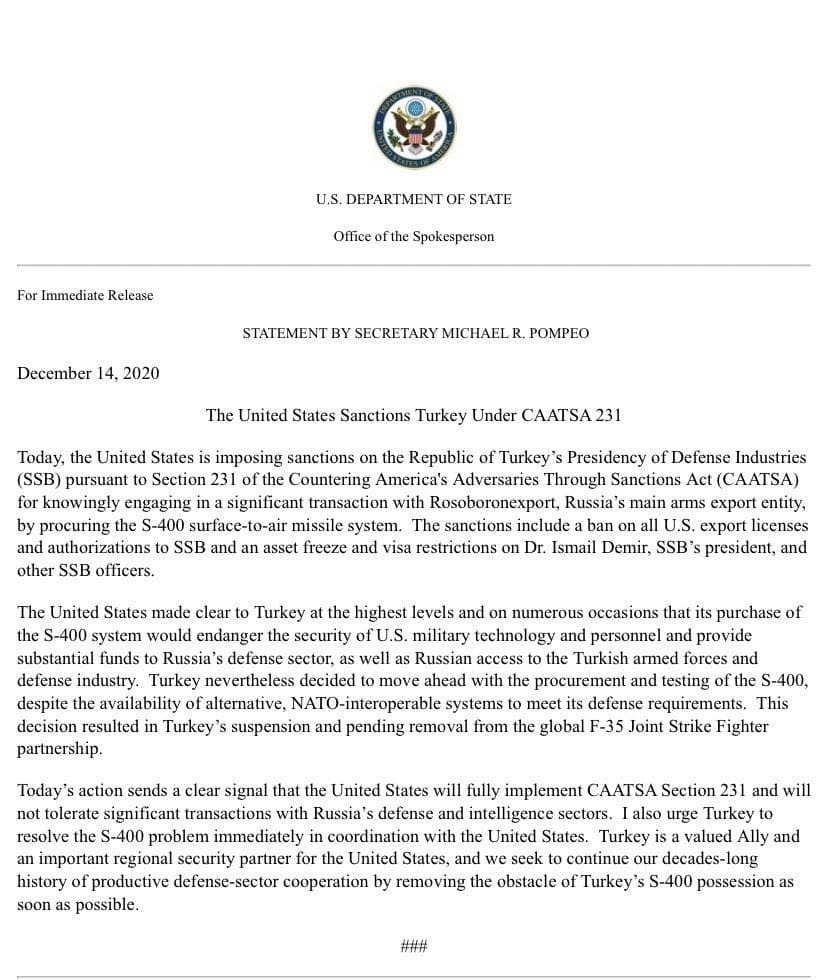 President Tayyip Erdoğan said on Monday that Turkey expects its NATO ally (United States) to support them not sanction them over the purchase of Russian S-400 missiles, and added he was upset that Washington went ahead with the sanctions process.

Neither sanctions from the United States nor the European Union would deter Turkey from defending its rights, Erdogan added in an address after a cabinet meeting.