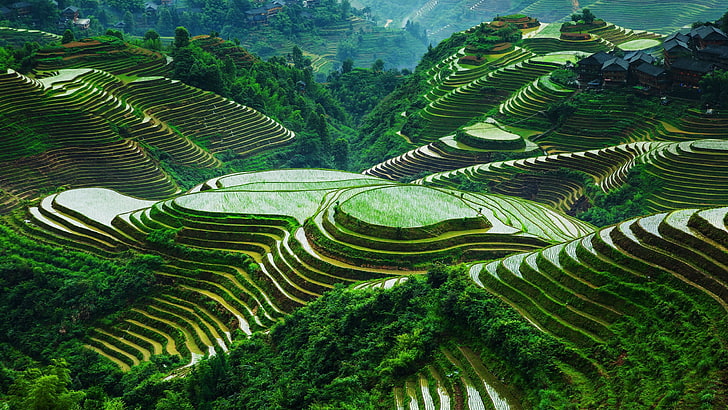 Archaeologists said they found large expanses of prehistorical rice paddies, with the oldest dating back more than 6,000 years, in east China’s Zhejiang Province.

The ancient fields were found in Yuyao City, Zhejiang Province, east China, and are said to cover approximately 222 acres – only one acre has been excavated so far.

The paddies belong to three eras. The oldest, featuring ridge-like humps, dates back to 4300 BC during the early stage of the Neolithic Hemudu culture. In relatively newer paddies, dated 3700-3300 BC, researchers found both artificial and natural ridges, comprising of raised strips used as roads or demarcations.

“The discovery of the prehistoric rice fields shows that rice farming was an important economic foundation for the social development of the Hemudu culture and Liangzhu culture, and provides extremely important materials for comprehensive and in-depth study of the prehistoric socioeconomic development and civilization in the downstream areas of the Yangtze River,” said Wang Yongli, a researcher with the Zhejiang Provincial Institute of Cultural Relics and Archeology.

The team also discovered rice grains, rice cobs and weed seeds in the rice soil, dating back to the Liangzhu culture.

“We discovered five prehistoric human village sites, in an area of one square kilometer around rice fields,” Wang said.

The team plans to probe other parts of the huge field and will search for settlements that match the ancient rice fields at the Xiao site.