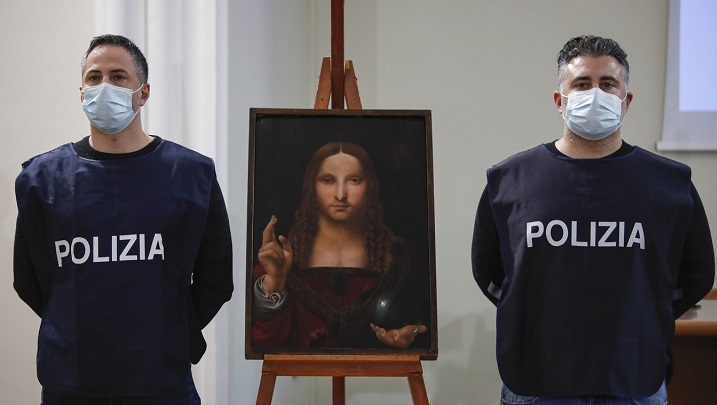 The Italian police in Naples announced that they were able to recover a copy of the painting “Savior Salvator Mundi”, which is part of the “Duma” museum in the church of “San Domenico Maggiore”.

The painting was stolen from the Naples Museum, but the police did not notice its loss in the midst of the museum’s closure as part of the precautionary measures taken to confront the outbreak of the “Covid 19” epidemic, as no one reported the theft due to the lack of any indications of an intrusion.

Police confirmed that the guard of the painting, a priest working in the Church of San Domenico Maggiore, did not know if the painting was moved or stolen, and so far the police have not been able to determine the time of the robbery, noting that the Naples Museum has owned it since 2020.

This, and the painting was found in the apartment of a young man in his thirties, where the police arrested him to investigate him as a suspect in the theft, especially after discovering that he had received stolen goods, including the painting that was hidden in his safe.

For his part, the Chief of Staff of the National Police of Naples, Alfredo Fabrocini, said, “The process was very complicated,” expressing his happiness to restore this important piece of art to the city of Naples, which contributed to the increase in its fame for the time before it was stolen, he said. 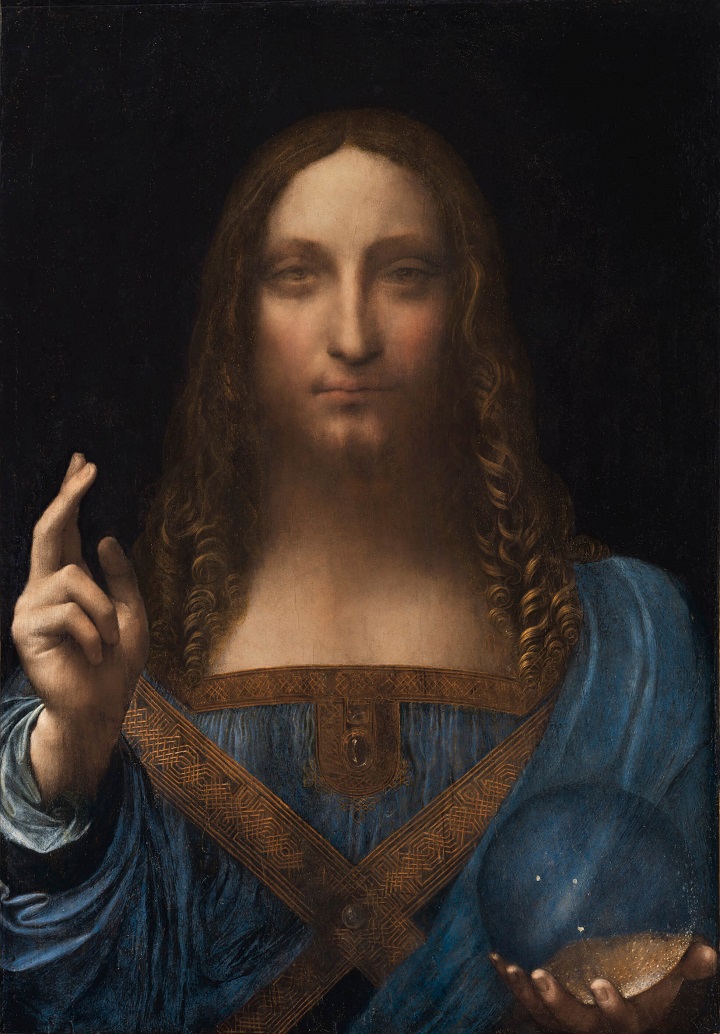 The painting “Savior Salvator Mundi” is considered one of the most expensive works of art in the world.

Experts believe that the artist Leonardo da Vinci painted the original painting, and news circulates in the artistic community that the person who painted it was a master’s degree student in the Renaissance.

It was painted specifically in 1510, mediated by a student in da Vinci’s workshop called “Girolamo Alebrandi”.

It is worth noting that the original “Salvator Mundi” painting by Da Vinci was sold for more than 450 million dollars at Christie’s auction in 2017, and its high price and artistic value is due to the fact that it is considered one of the less than 20 paintings known to Da Vinci, and it dates back to the era of King Louis XII of France. Da Vinci had commissioned it, and it was owned by King of England Charles I.

It is noteworthy that the pace of artistic theft has increased dramatically during the general or partial closure period that most countries of the world followed after the spread of the new Corona virus, and among the most prominent of these operations during the past year was a group of thieves stealing the painting “The Garden of Deir Noonen in Spring-1884.” ″ By Vincent Van Gogh, from the Singer Laren Museum in the Netherlands, after it was closed due to the pandemic as well, and its value ranges between one million and 6 million euros.