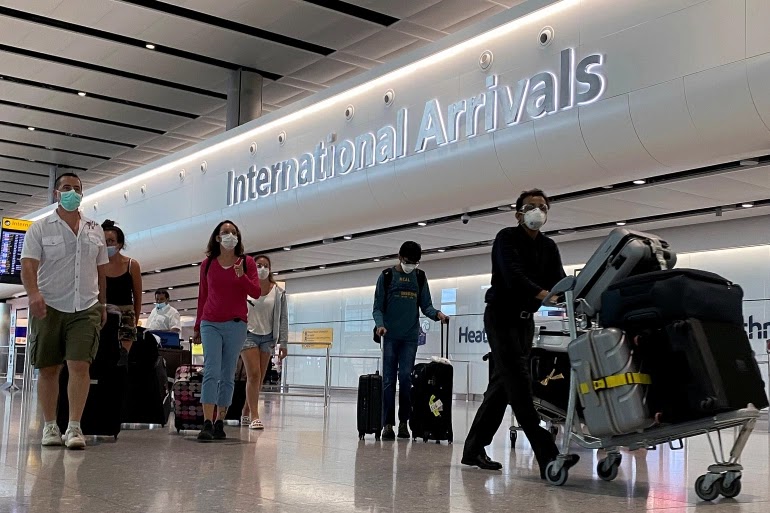 A study by the Economic Statistics Centre of Excellence (ESCoE) showed that about 1.3 million foreign workers left Britain during the period from July 2019 to the same month of 2020, an unprecedented number, and no parallel has been recorded since World War II.

According to the same document, the capital London alone lost 700,000 foreign workers, which represents 8% of the capital’s population, explaining this “mass flight” by the results of the Corona pandemic, which led to the closure of the economy for many months, in addition to the uncertainty that the “Brexit” negotiations generated for 4 years.

The reason for the concentration of the phenomenon of immigration of foreign workers in the capital (London) is the losses incurred by the service sector, and the loss of tens of thousands of jobs due to the closure, and the study does not conclude whether these workers will return to Britain after the reopening of the economy or that the situation will continue as it is.

Among the reasons that pushed foreign workers to leave the country is the complexity of post-Brexit procedures in order to work in Britain for foreigners.

For example, the construction sector is highly dependent on labor from Eastern Europe; However, they were forced to return to their countries after discovering that they would be subject to various laws.

The financial experts expresses their fear of Britain losing its attractiveness to an expert workforce and competencies. “In the past, London was the favorite place for the brightest economic and financial minds because it is a global platform, but after Brexit, the situation has changed a lot.”