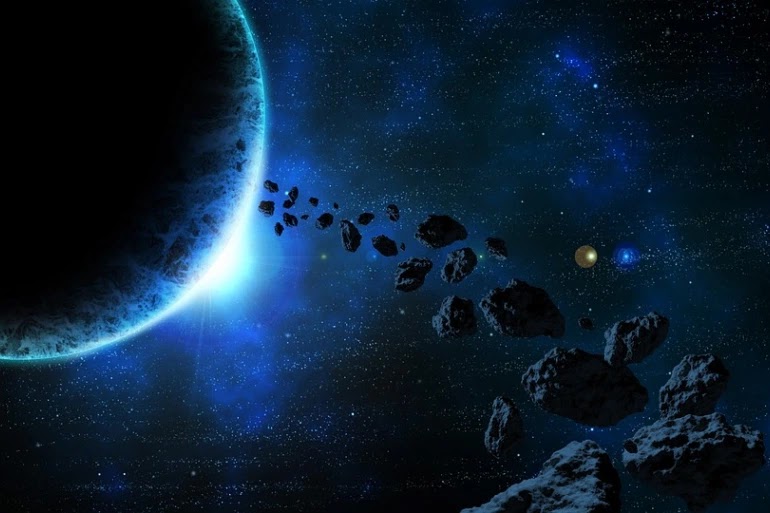 Researchers have discovered a new superhighway network to travel through the Solar System much faster than was previously possible. Such routes can drive comets and asteroids near Jupiter to Neptune’s distance in under a decade and to 100 astronomical units in less than a century. They could be used to send spacecraft to the far reaches of our planetary system relatively fast, and to monitor and understand near-Earth objects that might collide with our planet.

After analyzing observational data and simulations, the researchers found that these “highways” consist of a series of arcs connected within invisible cosmic structures, called “manifolds,” .

These hidden energy structures, ”manifolds” , emerge in space-time due to the gravitational interaction of massive objects like the planets, said Nataša Todorović, a mathematician at the Serbian Belgrade Astronomical Observatory and lead author of a paper on the discovery. While astronomers have long known about such pathways, and even used them to navigate our celestial neighborhood, the new study has revealed a new shape in these manifolds: “arches of chaos” that form an unseen “ornamental structure” that evolves over decades. And this discovery could help explain the mysterious behavior of comets and other small objects that dance erratically in and out of this part of the universe.

The study was published in the scientific journal Science Advances and was carried out by a team of researchers from the Belgrade Astronomical Observatory in Serbia, the University of Arizona in Tucson, and the University of California, San Diego (UC San Diego). Diego, recently.

According to the researchers, this network could transport objects close to Jupiter to Neptune within a few decades, without any push, instead of the hundreds of thousands of years normally required to travel that distance.

These arching manifolds likely explain the behavior of asteroids and comets that tend to hang around Jupiter before unexpectedly skipping off into deep space or plunging into the inner solar system.

Researchers have studied these gravitational pathways by simulating the solar system on a computer and sending “test particles” through it, like thousands of tiny imaginary spacecraft. Over time, the paths taken by those spacecraft revealed the true shape of the manifolds emanating from the Planets’ Lagrange points.

The researchers found that Jupiter’s gravitational pathways create an arc shape, composed of chaotic pathways surrounding the more organized central corridor. At the end of each Jupiter’s rotation around the sun (a year on Jupiter), the planet, like the rest of the giant planets, produces a new arc, so the arcs accumulate over time.

Those passages, the researchers say, explain the behavior of asteroids and comets close to Jupiter’s orbit that unexpectedly change their course toward deep space or plunge into the inner solar system.

Through the simulation, they noticed that thousands of test particles passing through the Lagrange points of Jupiter changed course over a century and set off toward Neptune, while some completed their epic journey in less than a decade.

According to the study authors, discovering these “highways” could help better understand how comets and asteroids move around the solar system, and the potential threat they pose to Earth. This is in addition to the possibility of using it in future solar system exploration missions. But that requires a better understanding of how these pathways work to avoid collisions, which is not an easy task.