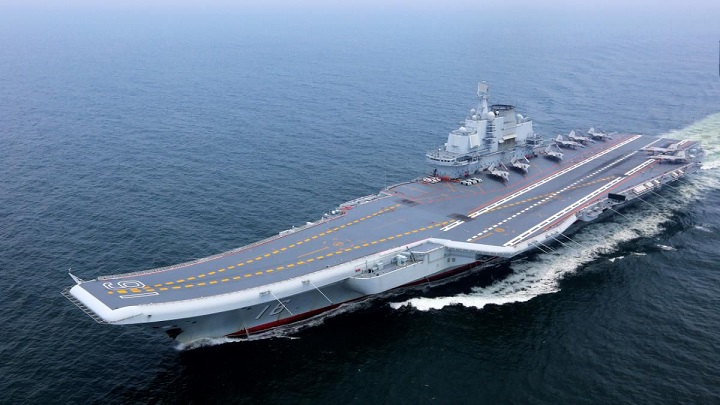 The construction of the second Chinese aircraft carrier, Type 002, which has been equipped with classic engines unlike the US aircraft carriers, is being completed at the Shanghai Shipyard.

After being delivered to the Chinese Navy, the process of modernizing the ship factory in Shanghai will begin to be able to produce huge aircraft carriers of the Type 003 project, with a displacement of 100,000 tons, which are allocated to implement strategic tasks off the Chinese coast. The construction of the first Type 003 aircraft carrier begins in 2025, as it is the largest aircraft carrier in the world.

By 2025, China is also expected to manufacture marine aircraft such as the US C-2 Grayhound-like KJ-600 marine transport plane, the J-15B heavy naval fighters, early warning radar aircraft, and a marine version of the GJ-11 striker dron, as well as naval helicopters and aircraft that take off. And it goes down vertically.

The American ”Military Watch” reported that China drops to the sea every year about 10 modern destroyers, including Type 055 destroyers, as they are the most recent destroyers in the world, which will be used as ships that will accompany Chinese aircraft carriers.

The newspaper said that by 2025, China will have three aircraft carriers and four landing craft that can carry marine helicopters and seaplanes, landing and taking off vertically.