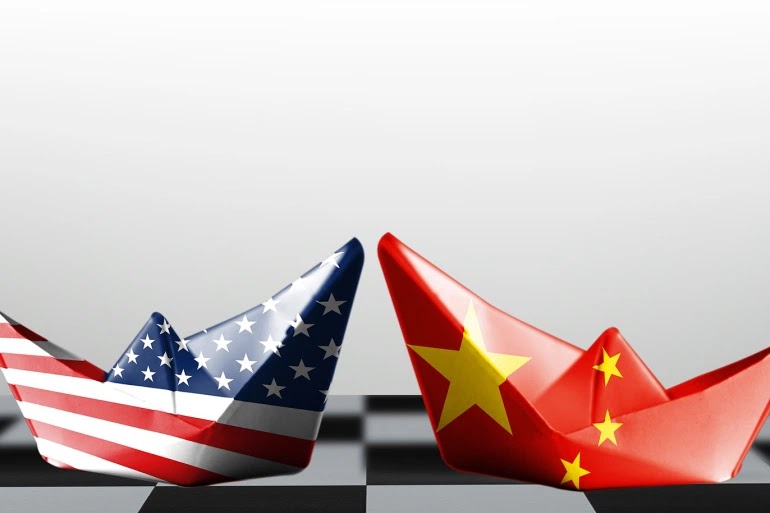 The latest data from a statistical office in China stated that the economy is in the process of recovery, after the Chinese economy achieved a growth rate of about 2.3% by the end of 2020.

In the Russian “Svobodnaya pressa” dialogue with Andrey Ostrovsky, Deputy Director of the Far East Institute of the Russian Academy of Sciences, about the reasons for this growth, the writer Andrey Ivanov mentions that China is the only country that has withstood the crisis caused by the outbreak of the Corona virus, at a time when the rest of the world suffered Heavy losses.

According to the newspaper, China’s GDP exceeded the 100 trillion yuan mark, reaching 101.6 trillion, or about $ 15.68 trillion. With this, this is the first time that China’s GDP is close to the estimated US $ 20.8 trillion.

The expert Andrey Ostrovsky believes that the policy of maintaining commercial activity for citizens has been the main reason for the rapid recovery of the Chinese economy.

According to him, measures aimed at helping small and medium-sized enterprises and entrepreneurship in the service sector have succeeded, and as a result, 90% of jobs have been saved in China.

On the other hand, the payment of taxes was postponed, and some types of corporate taxes were canceled in 2020. As a result of these measures, this saved small and medium-sized companies – whose participation in taxes represents 50% of total taxes, and contributes 60% of the country’s GDP.

And about what other countries can learn from the Chinese experience, Ostrovsky points out that the rate of the service sector in different regions ranges between 30% and 60%, while this percentage exceeds 80% in Western countries. In Russia, as in China, the service sector developed well only in big cities.

On the possibility that the growth of China’s economic power will lead to the development of its global economic projects and the expansion of its external influence, Ostrovsky asserts that China has many global projects such as “one belt and one road, building a community with a shared future for mankind.”

It is believed that until 2001, China did not achieve economic expansion. But then, it began to export capital abroad. As a result, the annual amount of capital entering China from abroad ranges between $ 135 billion and $ 140 billion.

The One Belt, One Road project aims – according to Ostrovsky – to involve the largest possible number of countries in Chinese business.

Until 2013, China’s commercial transactions were mainly limited to developed countries such as the United States, South Korea, Japan, Singapore and Japan, but recently it has developed in its transactions to include post-Soviet countries, Southeast Asia, South Asia and East Africa.

Ostrovsky adds that Chinese companies have not yet regained their export potential, and the volume of imports has not recorded a rebound compared to 2019. Note that Chinese exports are largely based on high technologies.

As long as the Corona virus epidemic continues to spread in the world, China will continue to follow its current course, according to Ostrovsky.