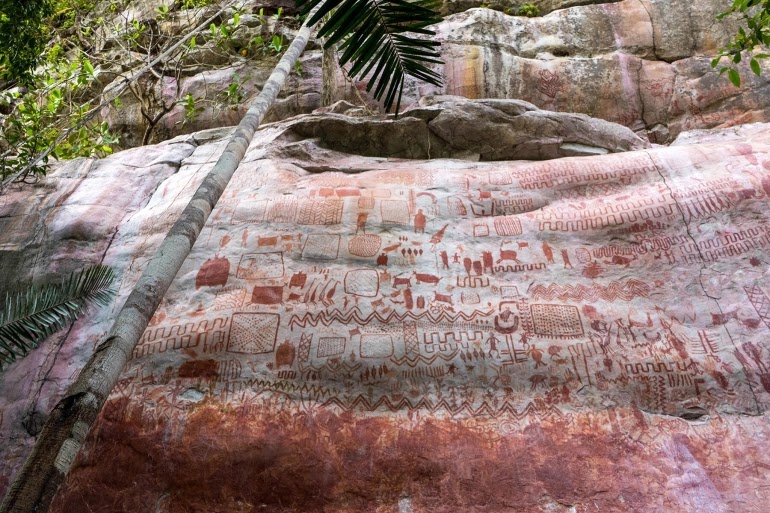 Paintings in ancient caves are among the oldest types of wall art in the world. “After the Altamira everything has decayed,” says Picasso of the paintings in the famous Caves of Altamira in northern Spain.

Picasso wasn’t kidding, The art inside most of the ancient caves that spread in different places of the world is among the most beautiful works of art ever, despite the fact that their inscriptions were painted tens of thousands of years ago.

Last week, wonderful pictures surfaced of the inscriptions of one of the newly discovered caves in South America. The cave has rock paintings and inscriptions that are more than 12,000 years old, on the northern edge of the Amazon River, Colombia.

These carvings were discovered due to the excavations that spanned years ago, and that culminated in the recent discovery, which is 8 miles of frescoes of various sizes, ranging from yellow and red colors, depicting fish, turtles, lizards and birds, in addition to people dancing ritual dances and holding hands and wearing Masks on their faces.

For the people of the Amazon, plants and animals, just like humans, have souls, who communicate and interact with humans in friendly or hostile ways through the shamanic rituals and practices depicted in the rock paintings.

This discovery embodies the firm belief of some anthropologists that there are many hidden ancient lives that have not yet been explored and are still hidden in the ground and science has not reached them. 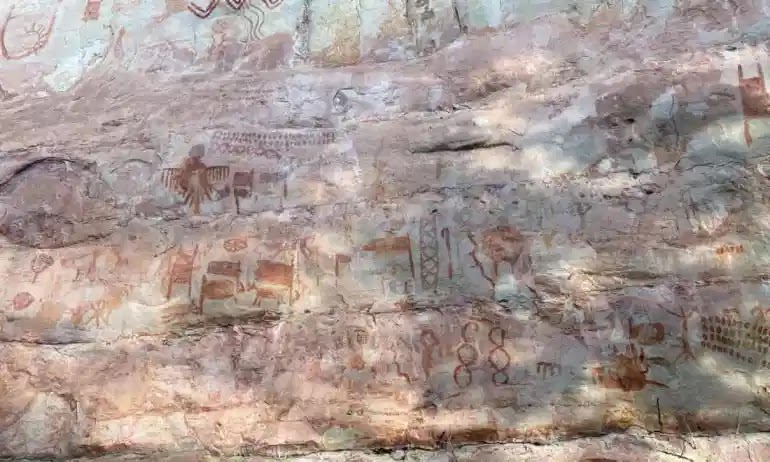 The carvings are characterized by a primitive stamp of red and yellow ocher, which are human handprints, and images of animals and humans. The people who made these artworks and engravings are believed to be among the first humans to occupy the area after various migrations across what is now the Bering Strait about 25,000 years ago.

Initial studies of the iconic symbols found on the cave walls led to speculation about the animals that lived in that area, including deer, crocodiles, bats, snakes and turtles, as well as some large, long-extinct animals such as the horses that lived in the Ice Age and the giant sloths. 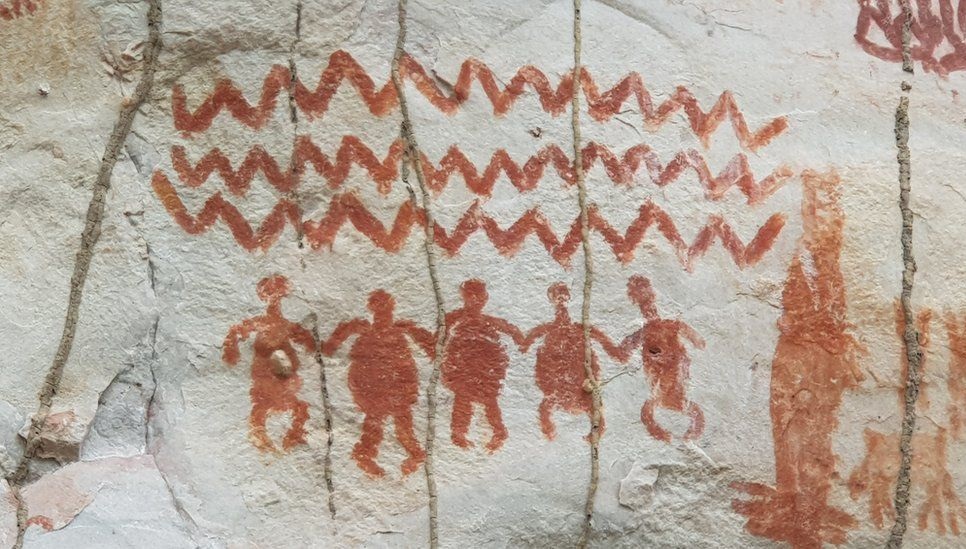 This ancient human creativity with all its innate artistry, and this extraordinary depiction of extinct species, is beyond imagination. But ongoing archaeological studies in this area may also begin to tell an important story about the environment, and how humans interacted with the harsh climates of the Amazon rainforest.

Archaeologists have discovered stone tools and the remains of animals and plants, all of which add to and clarify the way of life in this area for thousands of years, in addition to asking several questions, the most important of which is how did the megafauna become extinct? Was it caused by climate change, by the hunt for people, or by a combination of factors?

With all the mystery still surrounding the archaeological site, the drawings are evidence of the existence of many types of beneficial plants, including 10 species of palms.

Researchers believe that those humans who lived in that spot in the past tried to adapt to the harsh climate of the forest, and also tried to tame it to reduce that harshness, as they tried to fertilize the soil and cultivate types of useful plants and trees such as Brazil nuts and chocolate, in addition to clearing the land to suit the cultivation of those crops and facilitate The harsh life of the jungle. 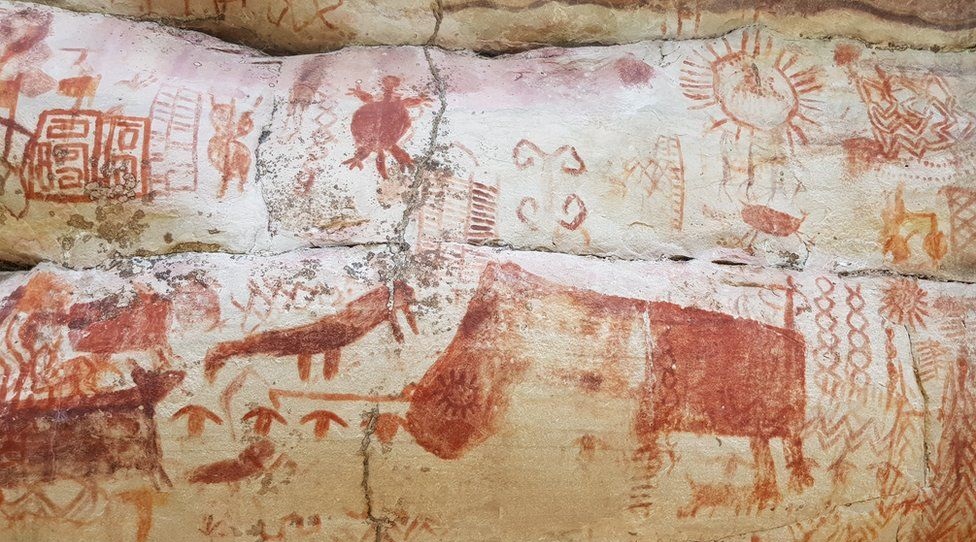