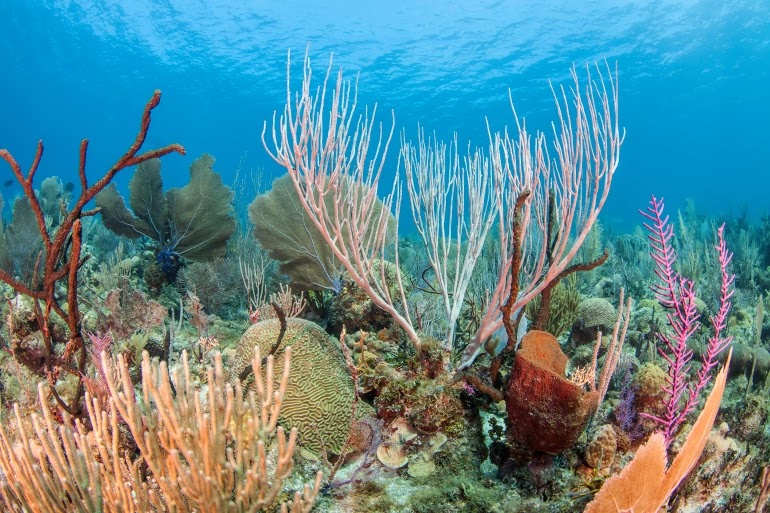 Corals have evolved over millennia to live, and even thrive, in waters with few nutrients. In healthy reefs, the water is often exceptionally clear, mainly because corals have found ways to make optimal use of the few resources around them. Any change to these conditions can throw a coral’s health off balance.

Researchers at the Massachusetts Institute of Technology (MIT) and Woods Hole Oceanographic Institution (WHOI), in collaboration with oceanographers and marine biologists in Cuba, have identified microbes living within the slimy biofilms of some coral species that may help protect the coral against certain nutrient imbalances.

According to a press release issued by the Massachusetts Institute on January 8 this year, the team found that these microbes can absorb nitrogen and “remove” it from the ocean of coral reefs, and in environments where the concentration of oxygen is low, nitrogen can be an essential nutrient for coral reefs. This provides the energy needed for its growth.

However, too much nitrogen – as a result of ocean pollution – can lead to algae mats booming. Here, algae can overtake the coral and take over the food resources in the area, leaving the reefs in a state of permanent stress that ends with the phenomenon of bleaching.

Thus, these microbes can feed on the nitrogen and remove it, preventing algal blooms and protecting the coral reefs there. The researchers believe that these microbes could be the natural weapon that coral reefs use to protect themselves from the effects of global warming. 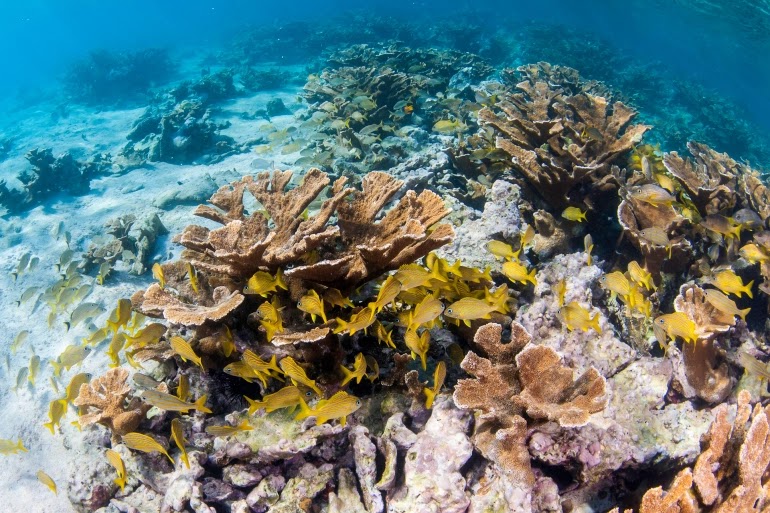 In places where oxygen is low, microbes feed on nitrates, as nitrogen takes different forms in the ocean, such as ammonia, nitrite, and nitrates.

The researchers believe that despite the proximity of coral reefs to the surface, places within biofilms, and the microbial mud that covers marine surfaces such as coral reefs, can form low-oxygen environments and thus a fertile environment for the reproduction of nitrogen-eating microbes.

In 2017, the researchers set out on a cruise to Cuba to study the coral reefs in the Jardines de la Reina National Park, and this protected area is one of the last shelters for healthy Caribbean coral reefs.

The researchers there sought to understand what the nitrogen cycle movement mechanisms associated with the coral reefs themselves, thus enhancing understanding of the impact of global warming in this system. Then the researchers collected small samples of coral species that were abundant in the area.

They incubated each sample in its own seawater on board the ship along with the isotope detector, which is a slightly heavier version of the molecules found naturally in seawater. The researchers returned the samples to Cambridge, where they analyzed them using a mass spectrometer to measure how the balance of nitrogen molecules changed over time.

There, the researchers scanned the coral surface in the studied samples, then cultivated the sticky substance and examined it in search of a specific type of bacteria known for its ability to metabolize nitrogen. They found that denitrification rates were higher than most other biological processes, and so they discovered that there were many types of nitrogen-fed bacteria that actually lived in most coral samples.

But it remains unclear whether nitrogen-purifying microbes contribute directly to coral health. That is why the researchers intend to explore other parts of the ocean, such as the equatorial Pacific Ocean, to see if similar microbes are present on other coral reefs there.