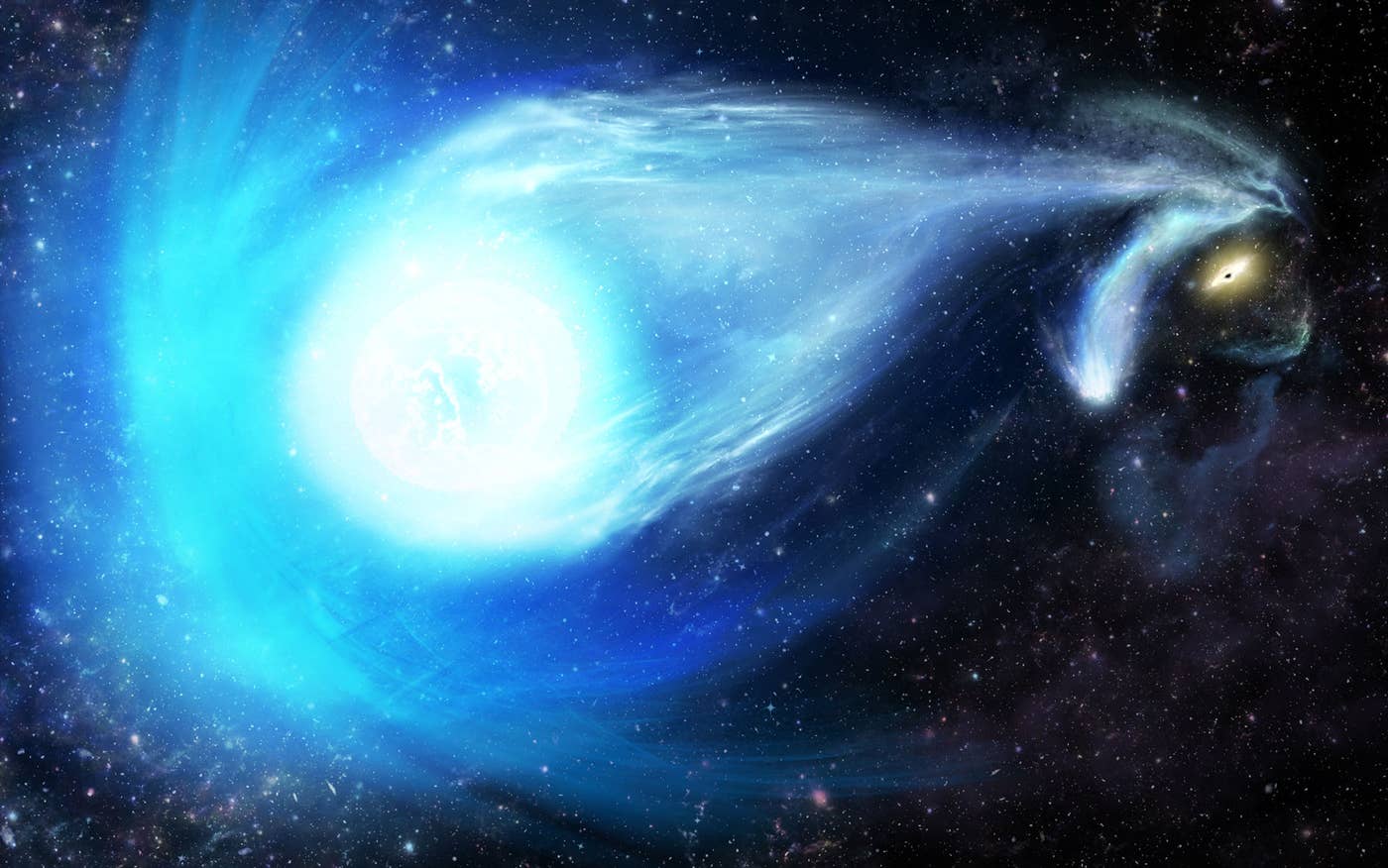 About a year ago from now, while a research team from Carnegie Mellon University of America was tracking a group of stars in the southern sky, they noticed that one of these stars was running at an unprecedented speed for them, but the most striking was that this star was close By astronomical standards, it was only about 29,000 light-years away.

This star was named (S5-HVS1), and it travels at a speed of 6 million kilometers per hour, equal to nearly 10 times the usual speed of stars, but the proximity of the distance between it and the Earth prompted this research team to conduct an in-depth examination of its path in the sky.

According to the study published by this research team in the monthly bulletin of the Royal Astronomical Society in Britain, this star was launched 5 million years ago, specifically from the area surrounding the black hole “Sagittarius A *”, in the center of the Milky Way, and is heading to exit from our galaxy within millions Several years.

The American astronomer “Jack Hill” had predicted the existence of these stars since the eighties of the last century, but the first confirmation of their existence came in 2005 when an American research team discovered a star named (SDSS J090745.0 + 024507) running at a speed of about 3 million kilometers per hour. Penetrates the aura of the galaxy, out of it. The results of this discovery were published in the Astrophysical Journal Letters.

Jack Hill had assumed that if there were two stars orbiting each other in the vicinity of a black hole, and then the hole pulled one of them and swallowed it, the other could be blasted into space at tremendous speeds.

But this method is not the only one that is likely to have caused this type of star to explode at a tremendous speed, as another team of researchers believes that this type of star may have existed, someday, in the vicinity of another star that turned into a supernova, and was pushed by shock waves. To go so fast.

Guests of the Galaxy

On the other hand, a group of those stars originally came from outside the Milky Way, moving to it at some point, from dwarf galaxies that were close to them in the distant past, and with the forces of push and pull between the two galaxies, they set off at their tremendous speeds.

Up to now, the star (S5-HVS1) represents one of the miracles of space that scientists aspire to understand more about soon, as it is the fastest star we know, and it is so fast that if you jog at its speed, you would have orbited the Earth 150 times in less than an hour!