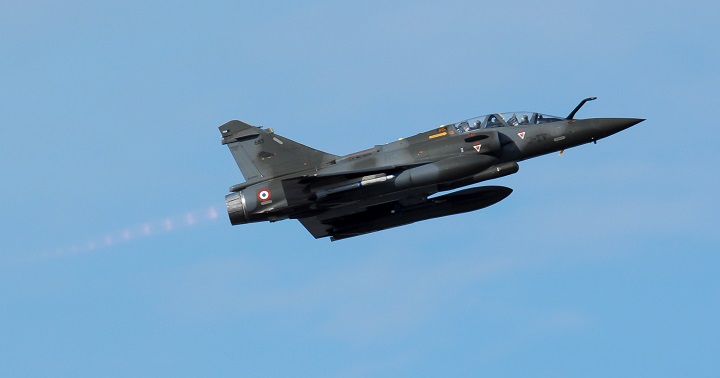 The French newspaper “Le Monde” said that an air strike carried out by “Operation Barkhane” in the Sahel region on January 3 against what it considered a jihadist group had caused civilian casualties, although the military denies this.

In a report shared by several journalists from the financial capital Bamako, the newspaper asked what exactly happened that evening in the village of Ponte (central Mali)? Was the French army’s raid in the context of Operation Barkhane a fatal mistake?

The report indicated that accusations of civilian casualties have been circulating since the bombing, accompanied by an indication that there are “civilians” who came on that day to the village to celebrate a wedding; However, the truth of what happened is not yet clear.

Although the information is contradictory regarding this situation, some sources have raised the hypothesis of manipulating the information, believing that these are rumors related to the tense context in which the French “Barkhane” forces deployed in the Sahel region since 2014 have been operating, and their reasons may be caused by the possibility of the beginning of the withdrawal from the opinions of Conflicting.

Although “Barkhane” strikes occur regularly in the area located in the so-called “three borders” between Mali, Niger and Burkina Faso, this debate did not begin until January 4, in a Facebook post issued by an important “association” Laflan, based in Bamako, stated that “an air strike killed at least 20 civilians” during a wedding ceremony, and left “several serious injuries”. Among the dead, “many women and children.”

The newspaper said that a first message regarding this issue appeared on Twitter on the 4th of this month, and it talks about the “failures” of the “Barkhan” forces in the region, and it first reported 5 deaths, then about 18 in the afternoon. Almost simultaneously with the so-and-so Society’s Facebook post, which called on the financial state and the international community to help, and “open an investigation” into the matter.

This information spread – according to the report – quickly among the circles of those interested in the Sahel issue, before it gained more momentum with the publication of the French Press Agency, supported by testimonies from the alleged victims of the raid after contacting them by phone, and MSF supported the work in the Ponte region. This information.

The villagers mentioned in the report stated that they witnessed a “helicopter strike in broad daylight,” and Ahmedo Ghana said that the matter was “brutal”, explaining that he was in the woods; “But I lost two brothers,” said Maddy Deco, who was called, “We were very surprised by the severity of the strike. The helicopter was flying very low, so we thought it would touch the village.”

In response, the Military Staff presented the events from its point of view, and the French soldiers confirmed that they had carried out a raid by a “fighter plane” and not by a helicopter, and indicated that the operation was carried out after an intelligence work that lasted “several days”, and that “information related to marriage does not match Observations provided, “especially since the time of the strike was in the afternoon at the hottest time.