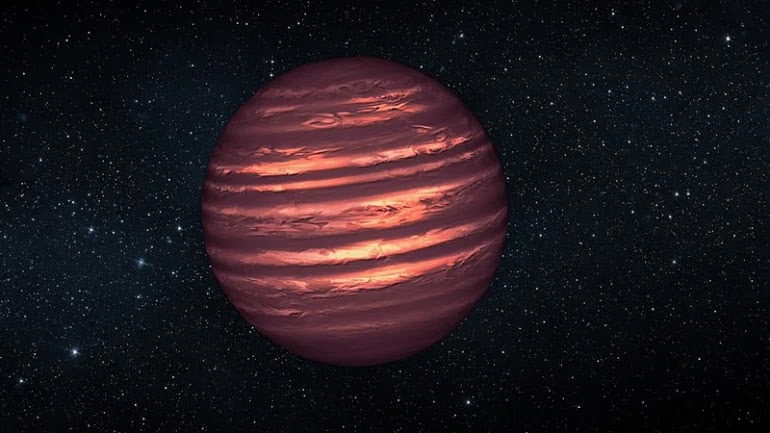 This star is known for its ability to support hydrogen fusion into its core, the process that keeps the star burning until it runs out of fuel. As for our solar system, there are two bodies larger than this small star. The first is the Sun, and the second is Jupiter, which has an average radius of 69,911 km.

Jupiter and the Sun

Since it does not have sufficient mass to fuse hydrogen with helium, it was not possible to classify Jupiter as a star, since its small mass does not allow the temperature of its core to rise to the stellar ignition point, at which the nuclear fusion of hydrogen with helium begins, which is the process required for transformation into a star. .

Is Jupiter a Failed Star?

There is a different category that falls in the gap between the classification of stars and planets, namely “failed stars”, or the so-called “brown dwarves”. Numerous studies have shown that the brown stars discovered by 1995 were completely formed by the same mechanism by which stars are formed. However, it failed to fulfill the condition of having sufficient mass to support thermal fusion processes in the core, due to the burning of deuterium and the contraction of the core.

The mechanism of planetary formation is radically different from the mechanism by which stars form. Where stars are formed when a dense node of matter collapses into a molecular cloud (clouds composed of hydrogen and cosmic dust) by their own gravity. To form subsets called primary stars.

As the mass of the initial star grows, and thus its attractiveness, its small core is tightly compressed; Which leads to a significant rise in temperature, and the ignition of the core; To launch this thermal nuclear fusion. Once a star is formed, the process of planet formation begins from the remains of collapsing molecular clouds. Thus, the similarities between Jupiter and the sun can be explained as being from the same molecular gas cloud that the sun was formed from.

Despite the growth of Jupiter’s mass to an estimated 318 times the mass of the Earth; However, it did not reach the necessary mass compared to the mass of the sun, as its mass is estimated at 1 per thousand of the mass of the sun only, which is a very small value that does not allow the fusion of hydrogen in the core, which ultimately returns it to the category of failed stars.