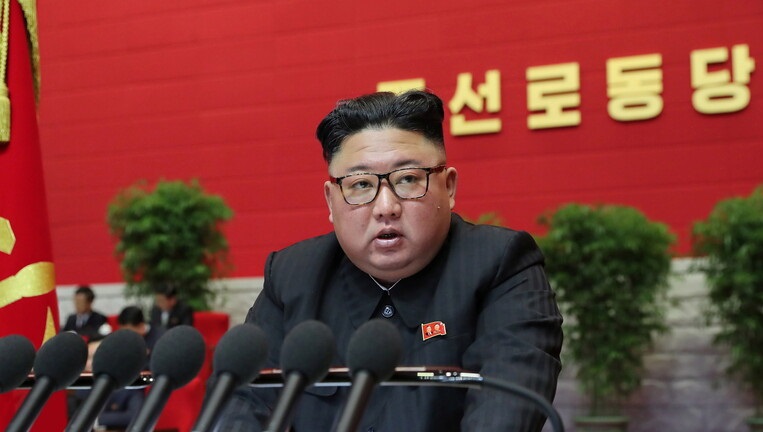 North Korean leader Kim Jong Un described the United States as the “greatest enemy” of his country, stressing that the US authorities must abandon hostile policies to improve relations between the two countries.

In a speech delivered at a meeting of the ruling Korean Workers’ Party in North Korea, Kim Jong Un said that he did not expect the original approach of the United States towards his country to change whoever took power in Washington.

And North Korea’s leader, in an implicit message to the US president-elect, Joe Biden, said that “the United States is the biggest enemy” of his country, indicating that it must “abandon aggressive policies to improve bilateral relations” between the two countries.

He stressed that North Korea will not use its nuclear capabilities unless “aggressive forces” try to exploit its nuclear weapons against his country.

These statements come as the United States is preparing, amid deep internal tension, to transfer power in the White House from the current president, Republican Donald Trump, to the winner of the presidential election, Joe Biden.

Although relations between North Korea and the United States witnessed a major boom in the years of Trump’s term, especially in light of the first bilateral summits between the leaders of the two countries in history, the ongoing disputes over the issue of nuclear weapons led to a new escalation last year.