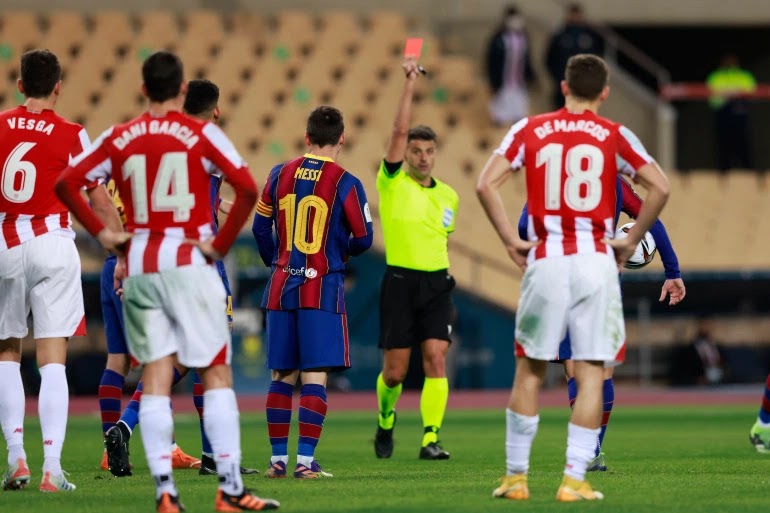 The Spanish Football Federation announced the penalty imposed on Barcelona’s Argentine footballer, Lionel Messi, after receiving a red card against Athletic Bilbao on Sunday in the final of the Spanish Super Cup.

Today, Tuesday, the federation confirmed that Messi will be punished with two matches, which means that he will miss Barcelona’s meeting against Cornia in the King’s Cup on Thursday, and face Elche in the league next Sunday.

The fans of the Catalan club feared a harsher penalty for Messi because of his violent interference, and the decision of the Spanish Federation came to mitigate the impact of the penalty, knowing that the player was already a candidate for absenteeism from the cup confrontation that the major teams are fighting with a lineup of reserve players.

Messi attacked Asier Villalebri during the match between the two teams in the Super Cup final, which Barcelona lost 3-2.

This was the first time that Messi was expelled during his career with Barcelona, noting that he had previously been sent off in two previous matches with the Argentina national team.