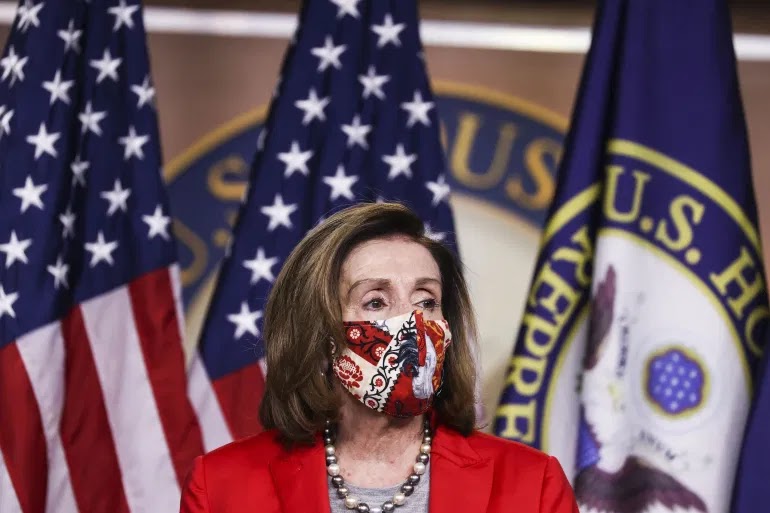 Unidentified assailants attacked the house of US House Speaker Nancy Pelosi in San Francisco, California, where they mutilated the garage entrance with some graffiti and placed a pig’s head stained with fake blood in front of it.

This is most likely a reference to Pelosi’s proposed $2,000 stimulus checks. Below the initial message, the vandals wrote: “We want everything!”

Us media, including Business Insider, reported that the police were called early Friday morning, that is, at New Year’s Day, to the house of Speaker of Parliament Nancy Pelosi in San Francisco, after terrorists defaced the entrance to the garage and left the head A severed pig covered in fake blood on the driveway in front of him.

A spokesman for the San Francisco Police Department confirmed to Fox News that the police had been dispatched after reports of vandalism emerged at around 2:00 am on New Year’s Day. The spokesman said, “unknown suspects drew at the entrance to the garage and left a pig’s head on the sidewalk.”

Pictures shared by some social media accounts showed the white garage door with phrases written on it in a “graffiti” manner, which read: “Two thousand dollars (written off) rent cancellation!”, Which most likely refer to economic stimulus checks for families affected by Corona in the amount of two thousand A dollar, the House of Representatives passed a bill a few days ago to legislate it. Underneath the first message, the vandals wrote: “We want everything!” 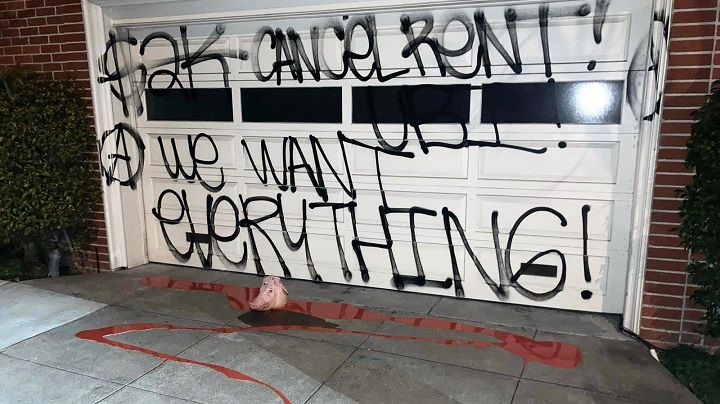 Shortly after the Pelosi home was vandalized, the same happened to the home of Senate Majority Leader Mitch McConnell in Louisville, Kentucky, where the phrase “Where’s My Money?” On its front door, Courier Journal reported.