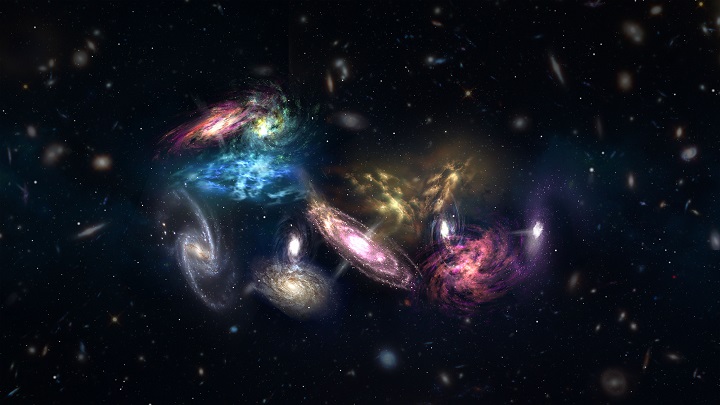 NASA revealed that the number of galaxies in the universe is much less than previously thought.

New measurements taken by NASA’s New Horizons spacecraft put the numbers in the hundreds of billions, instead of the two trillion previously reported, which indicate that the universe may be much less crowded than previous estimates have suggested.

In the study, NASA took new measurements of the weak background glow from unseen galaxies.

“It’s an important number to know – how many galaxies are there? We simply don’t see light from two trillion galaxies,” said Mark Postman of the Space Telescope Science Institute in Baltimore, the lead author of the study.

Previous estimates were based on deep-sky observations by NASA’s Hubble Space Telescope. However, Hubble relied on mathematical models to estimate the number of galaxies, as it was believed that many galaxies were outside the space telescope’s ability to detect in visible light.

Unfortunately, Hubble is still plagued by light pollution due to its location in the inner solar system. To overcome this problem, NASA resorted to its “New Horizons” spacecraft, which witnesses the surrounding sky 10 times darker than the darkest sky seen by Hubble.

A lot of people have tried to do this for a long time. New Horizons has provided us with an advantage point to better measure the cosmic visual background than anyone has been able to do, ”said Todd Lauer of NOIRLab at NSF, lead author of the study. .

To estimate how many galaxies actually exist, the team analyzed the existing images from “New Horizons”.

To trigger the faint background glow in some of the images, NASA had to remove the light from the Milky Way stars that was reflected on the camera. Fortunately, the remaining signal was nearly measurable, allowing for a more accurate estimate of the number of galaxies.

NASA is now planning to conduct a follow-up study with the upcoming James Webb Space Telescope.

“The James Webb Space Telescope may be able to help solve the mystery,” NASA said. “If individual galaxies are faint as the cause, then Webb’s ultra-deep field observations should be able to detect them.”

This study has been accepted for publication in the Astrophysical Journal.