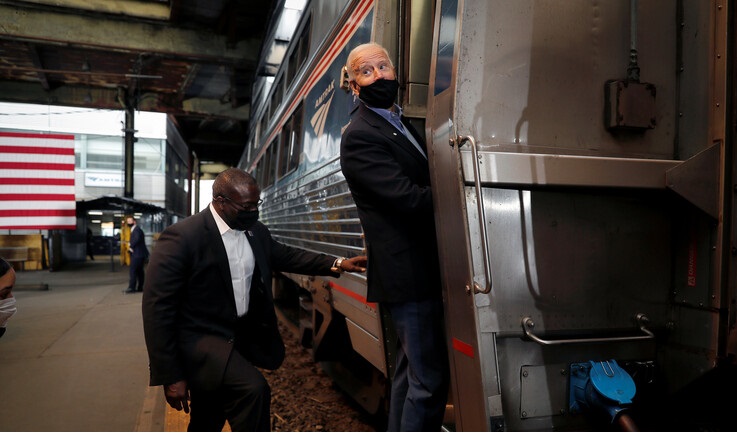 US media reported that President-elect Joe Biden has backed out of his plans to fly to Washington, DC, for his inauguration by train due to security concerns.

The Associated Press and CNN confirmed that Biden’s trip from his city, Wilmington, in Delaware, to Washington, would not be carried by a train belonging to the National Railways (“Amtrak”) as it was originally scheduled.

The “Associated Press” suggested that Biden’s decision was difficult, especially since the president-elect is known for his preference for railways over other means of transportation in his travels within the country.

The agency concluded that this decision reflects growing concerns about potential security threats in Washington and the rest of the United States during Biden’s inauguration ceremony, which will be held on January 20, especially after the FBI warned of plans to organize armed protests in all states prior to this event. .