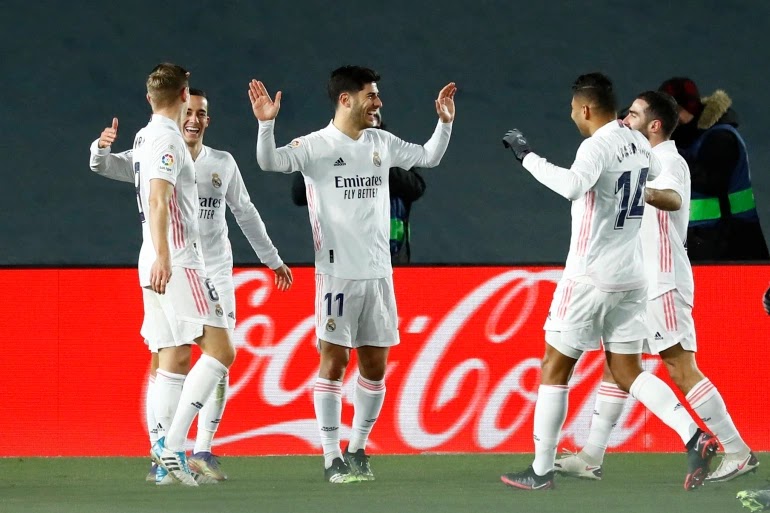 Real Madrid moved one point clear at the top of the La Liga table on Saturday after their 2-0 win over Celta Vigo at the Estadio Alfredo Di Stefano. It’s a league lead that could last little more than 12 hours, though, with Atletico Madrid (who have three games in hand) travelling to Alaves on Sunday with visions of returning to Spanish football’s summit.

Real Madrid advanced with a goal scored by Lucas Vásquez in the sixth minute, and Marco Asensio added the second goal in the 53rd minute.

Real Madrid raised its score to 36 points at the top of the standings, one point ahead of Atlético, who faces Alaves on Sunday, and Celta Figo’s balance stopped at 23 points in eighth place.