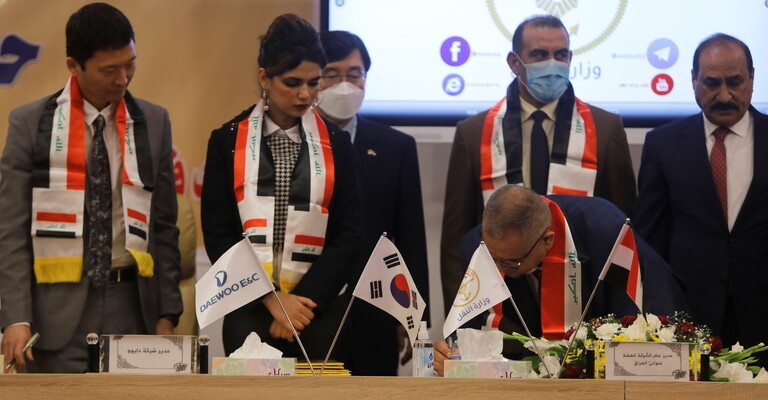 The South Korean company, “Daewoo Engineering and Construction”, announced, on Monday, that it has signed a deal to build facilities at Al-Faw Port in Basra with the Iraqi government, worth 2.7 billion US dollars.

“Daewoo” said that it has reached the acquisition of this project, according to which it will build “a tunnel, a container terminal, and roads for the large port of Faw in Basra Governorate,” after negotiations with the General Company for Iraqi Ports.

A spokesman for the South Korean company added that his organization cooperated with its Iraqi counterpart in the port construction project from 2013.

“In the previous deal, we already won a contract worth 1.2 trillion won to build a terminal, a seawall and other facilities at the port,” He said, raising the total value of the two deals obtained by the company (to) 4.1 trillion won.