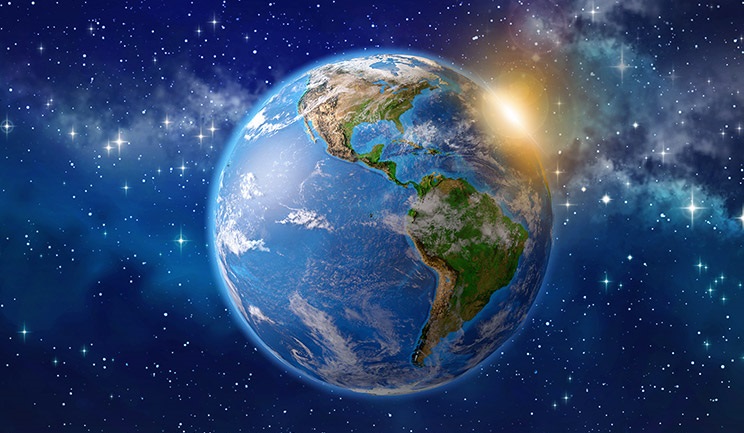 The Earth rotated around its axis at an unusual speed during the year 2020, and if its velocity continued to increase, this could lead to 1s subtraction from UTC.

This came in a report published by the French newspaper Le Point on January 13th, in which the writer Chloe Durand Parenti said that the world witnessed last year the shortest 28 days ever since 1960, when the Earth took a millisecond and a half less than The average time of 86,400 seconds to complete a cycle on its axis.

The previous record goes back to July 5, 2005, when Earth’s rotation took just under a millisecond of average. “In fact, we have seen an acceleration in the Earth’s rotation pattern since 2016 and we don’t really know how to explain that,” says Christian Bisoire, astronomer in the Space and Time Reference Systems Division at the Paris Observatory.

The specialist explained that “since the invention of quartz watches in the thirties and forties of the twentieth century, it is known that the length of the day witnessed seasonal fluctuations at a rate of fractions of a second (ie 0.001 seconds), and that was in July and August as a minimum, and during the winter as a maximum. But the differences over decades did not exceed 3-4 milliseconds.

The author pointed out that the change in the speed of the Earth – which was specifically observed during the last six years – is explained by factors known to scientists, which are mainly the fluctuations in the atmosphere and the level of tides. But the velocity recorded over a period of 6-10 years, which is the current situation, does not appear to be associated with the same effects.

Bezoar suggests that these differences are due to the interaction between the Earth’s liquid core and its mantle. Unfortunately, scientists can only observe these internal phenomena indirectly by observing the Earth’s magnetic field.

He added, “If this acceleration continues at the current rate of 0.3 milliseconds per year, during the next four or five years, we may have to subtract a second from UTC” which depends on atomic clocks under an international agreement concluded in the seventies of the last century, where the difference cannot be More than one second compared to the time of the Earth’s rotation. The astronomer confirms that this is the first time of its kind that we have to subtract a second, as we always had to add seconds to compensate for the slowing down of the Earth’s rotation.

The negatives outweigh the positives

Unless the international agreement concluded in the 1970s is simply repealed, many countries will act to abolish this corrected atomic time. The positive points achieved by this measure in 1970 are no longer of real use at the present time, especially since many activities, such as trading in stock markets, now require a time accuracy much less than a second.

The author explained that the introduction or addition of a second UTC raises many problems. According to Bezoar, when Coordinated Universal Time was created, it was mainly used for positioning, particularly in marine navigation. And if we correct the atomic time compared to the rate of the Earth’s rotation, then we preserve the accuracy that was in line with the technologies of that era.

Today, however, the American GPS and the European Galileo system operate at an accuracy of 10 microseconds, which makes UTC inaccurate enough, as these new technologies depend on the rotation time of the Earth directly.

The Earth’s rotation time is more variable but more accurate for geolocation. Bezoar believes that “if the inventors of UTC were able to anticipate the development of technologies and the acceleration of the Earth’s rotation, they would have backed off” because international rules are always difficult to change.

Bezoar will continue to monitor the speed of the Earth’s rotation, as “In principle, this upward trend should continue in 2021, especially since the minimum decadal change is 13 years. But it may also last longer.”