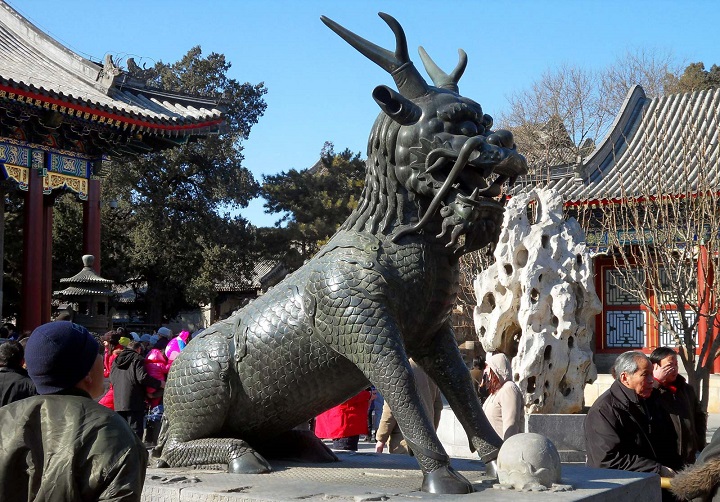 Chinese mythology is full of fantastic supernatural and mythical creatures. Whilst the Western world is probably most familiar with the dragon and the phoenix, there are other equally interesting, though less well-known mythological beings. One of these is the Qilin.
Like the Chinese dragon, the Qilin is composed of different animals. Over the centuries, however, the depiction of the Qilin has changed. In general, the Qilin is said to have an equine-like body. Thus, the Qilin may have the body of a deer, or an ox, or a horse.
The body of the Qilin is also covered with the scales of a fish, and is often enveloped in fire. As for its head, it is quite similar to the Chinese dragon, yet, even this feature has its variations over time.
Some Qilin, for example, have been depicted with a single horn. Hence, the Qilin has been compared to the European unicorn, and has been dubbed as the ‘Chinese Unicorn’, while others are shown with antlers. Nevertheless, it has been suggested that the Qilin and the Chinese Unicorn are two separate mythological creatures altogether. 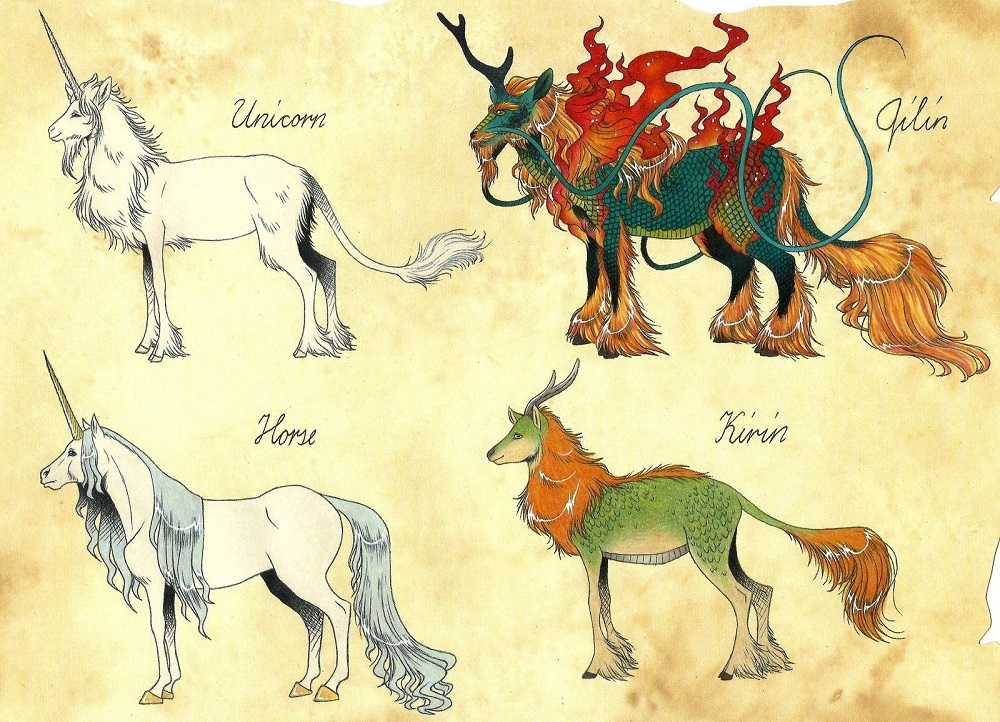 Although the Qilin may be terrifying to behold, legends describe it as a gentle and peaceful creature. In Buddhist depictions of the creature, for instance, the Qilin is shown to be walking on clouds, as it refuses to harm even a single blade of grass by walking on it.
Yet, in some stories, the Qilin is capable of incinerating people, and possesses a variety of supernatural powers. These abilities are only revealed, however, when it is required to defend innocent people from the malice of evil-doers.
As the Qilin is believed to be a benevolent creature, its appearance is regarded as an auspicious sign. It is also believed that the Qilin would only appear during the reign of a good ruler, or shortly before the birth or death of a sage.
According to popular belief, the birth of one of China’s greatest sages, Confucius, was made known when a Qilin appeared to his pregnant mother.
This Qilin coughed up an inscribed jade tablet that foretold the future greatness of the child in the womb. Furthermore, when a Qilin was injured by a charioteer, it was taken as a foreshadowing of the death of Confucius.
Since the Qilin was associated with greatness, it would be of little wonder that that the Chinese emperors wanted one to appear during their reign, so that he may enhance his reputation.
One Ming emperor had his chance in the 15 th century. In 1414, the fleet of Zheng, He returned to China after its voyage to East Africa. The gifts that were brought back included a pair of giraffes. These were bought from merchants when the fleet landed in modern day Somalia.
Due to some similarities between the giraffes and the Qilin, the Emperor Yongle proclaimed these animals as magical, and saw them as a legitimisation of his greatness.
Incidentally, the word for Qilin in Korean ( Girin) and Japanese ( Kirin) are actually the same ones used for giraffe. This shows the long lasting influence of the Chinese identification of the giraffe with the Qilin.