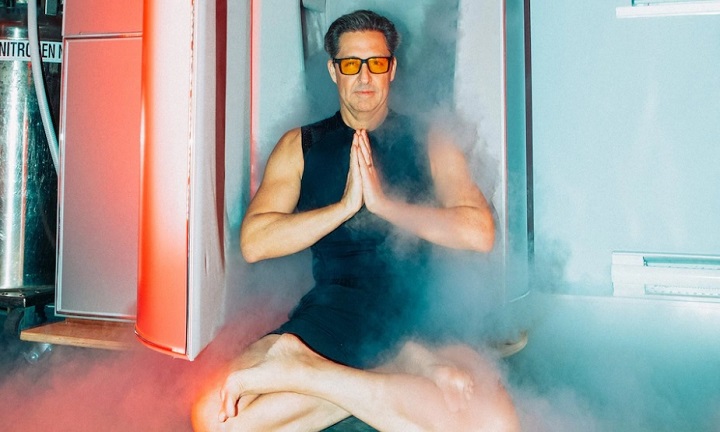 In his report, which was published by the British newspaper “The Telegraph”, Jay Kelly said that American businessman Dave Asprey (48 years) is frustrated at the idea of ​​aging, and he cannot imagine himself in middle age at all; Rather, he considers himself the oldest young adult in the world.

Asprey tracks every aspect of his life, from the moment he wakes up to the hours of sleep. In order to preserve his youth, his basement includes cryotherapy rooms, an infrared bed, a hyperbaric oxygen therapy unit, and advanced exercise machines with which Asprey can finish a session equivalent to two and a half hours of exercise in just 20 minutes.

Asprey says he doesn’t regret his initial goal of staying at 180; Rather, he wishes to overcome that. He also emphasized that staying alive does not mean sitting in a wheelchair and straining with tubes and diapers; Rather, it is the ability to move with his own strength, and the wisdom of 100 years in the body and energy of a 35 or 40-year-old man.

According to the author, Asprey has received more stem cell injections than anyone else on the planet, in a different attempt to stop inflammation, make infections disappear or reverse the effect of aging. This is only part of Asprey ‘routine, as he sleeps about 7 hours a night, rarely drinks alcohol, and avoids long sessions of aerobic exercise which he believes is ineffective.

About his supplementation, Asprey said, “I take about 100 pills a day.” He also practices intermittent fasting.

We must emphasize here, medically, that it is not recommended to take nutritional supplements without consulting a doctor. Eating large amounts of it can lead to dangerous complications. Also, there is no scientific evidence that stem cell injections can extend life or treat aging.

Sure, Asprey has unlimited confidence, and if he makes it to the year 2153, is 180 years old, and he’s healthy, who knows what will convince us.

The writer wonders what will he continue to live all that time, and expects that he will feel deadly bored, especially if all of his colleagues die.