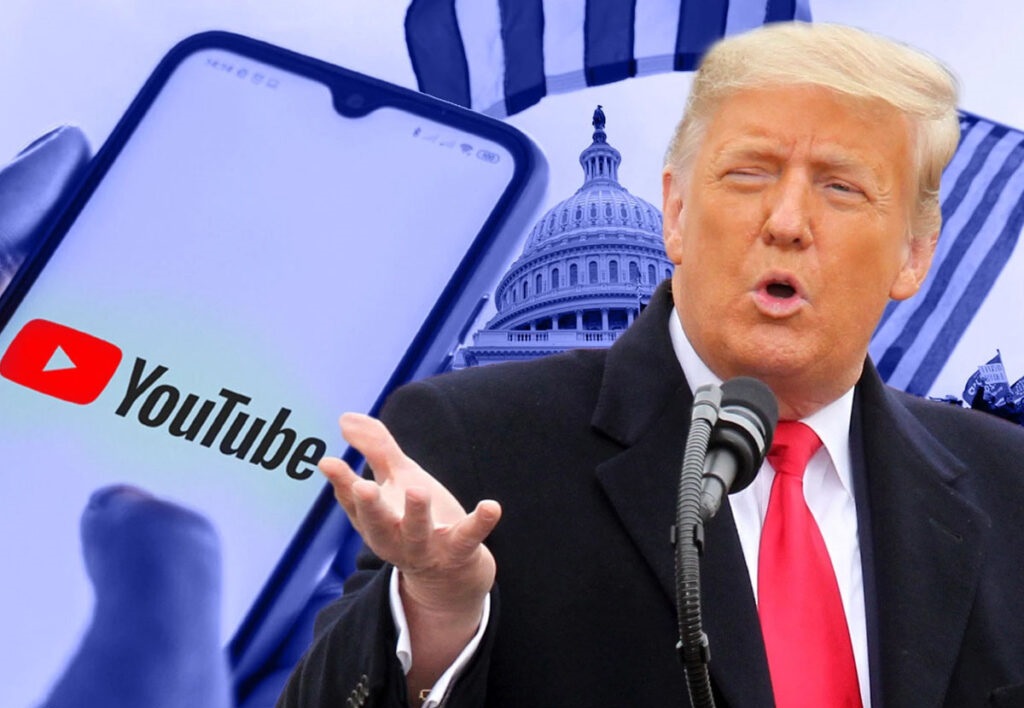 YouTube said in a statement, “In light of concerns about the continuing possibility of violence, we have removed new content uploaded to Donald J. Trump’s channel for violating our policies.”

The statement added that the channel is now “temporarily banned from uploading new content + at least + for seven days.”

The main page of President Trump’s channel includes a video dating back a month, in which Trump questions the polling process in the November presidential election, with 5.8 million views.

And Facebook had suspended Trump accounts on its platform and the Instagram platform after a crowd of his supporters stormed the Capitol, temporarily disrupting the approval session for Joe Biden’s victory in the presidential election.

Twitter went further by shutting down Trump’s account and denying him his preferred platform. Prior to that, the site had placed warning signs on Trump’s tweets questioning the election results.

The company also removed more than 70,000 accounts linked to the “Q Anon” movement, which supports the conspiracy theory that considers Donald Trump a hero.

Other services, such as Snapchat and Twitch, also suspended the president’s accounts.

On Tuesday, a group of activists called on YouTube to join other platforms in blocking Trump’s accounts, threatening a campaign to boycott the ads.

The Question is: isn’t this against freedom of speech even if it’s Trump? and why didn’t twitter and Facebook suspend ISIS accounts when they were gathering people around the world to fight in Iraq and other countries ?