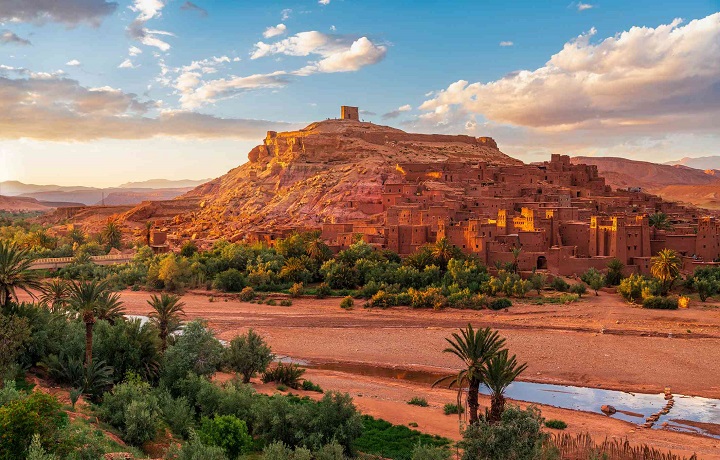 A new study revealed that if the percentage of greenhouse gases continued to rise and subsequently caused an increase in the average temperature, then about a third of the Earth’s population will live after 50 years in very hot areas that may be more severe than the climate of the Desert.

In this study, which was published in the journal “Proceedings of the National Academy of Sciences” , the researchers relied on a climate measurement model they created to analyze the potential for temperature evolution by the year 2100.

According to the study, in the event that the countries of the world do not take the necessary measures to reduce greenhouse gases according to the ambitious scenarios drawn by the scientists in their international reports, after 50 years have passed, about 3.5 billion people will live in very hot areas, the average temperature of which will be about 29 degrees Celsius. Or more, knowing that most of the global population today lives in regions with an average temperature between 11 and 15 degrees Celsius.

Researcher Johns Christian Svenin from the Danish University Aarhus said in the press release that accompanied the study, “It is very possible to find ourselves in front of terrifying scenarios.”

Today, there are about 0.8% of the total area of ​​the earth whose climatic conditions are harsh, where the average temperature exceeds 29 degrees Celsius.” These areas are mostly in the Sahara Desert, but by the year 2070 this area can expand to reach about 19%.

According to the study, India is at the top of the list of countries that will be affected the most by these climate changes, followed by Nigeria, Pakistan, Indonesia and Sudan.

According to the study, it is expected that the impact of climate change will be negative on the migration movement, as researchers believe that the number of people displaced from arid regions will reach about 3.5 billion by the year 2070.

This calls for taking the necessary measures from now to confront the situation by thinking about ensuring sustainable drought-resistant agriculture, and enacting programs for the rational exploitation of water resources and other measures that enable the Earth’s population to face the effects of climate change.