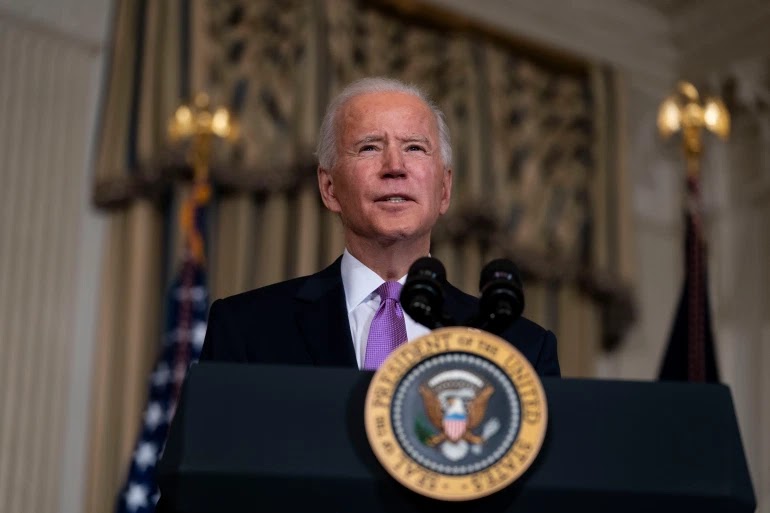 Biden’s interesting economic recovery plan, which is based on Keynesian economic theory – which is the subject of much criticism – aims to reach the full potential of the US economy as soon as possible, and if this bet succeeds, contrary to popular economic theory, the eurozone will have to change its way of operating.

The writer Guillaume de Calignon said in a report published in the French newspaper “lesechos” that the repercussions of the global Covid-19 pandemic do not cease to surprise us, as the economic changes that began since the 2008 crisis have become more apparent and may become reality, as is often the case, It is the United States of America that defines this pattern, and if the Biden administration’s massive stimulus package of about $ 1.9 trillion, directed mainly to families, succeeds, that would change the economic experts ’view of the world.

Some economists, like the former chief economist at the International Monetary Fund, Olivier Blanchard or Larry Summers, a former advisor to Bill Clinton – who are considered new Keynesians – fear that the stimulus plan will lead to the growth of the US economy above the normal rate and the return of inflation, and in principle it is difficult to justify The adoption of this huge budget to revive American consumption, with the growth of American household income by 6% last year, thanks to aid.

In the 1970s, since the end of the Bretton Woods Accords in 1971 and the linking of the dollar to gold, developed countries faced an inflationary recession, a devastating mixture of high inflation and low growth, economists were in great disarray, so was the then Fed Chairman Paul Volcker – who was appointed by Democratic President Jimmy Carter – First to raise interest rates in the early 1980s during the era of Ronald Reagan.

Since then, central banks have been responsible for regulating the rate of economic growth using interest rates that decline when economic growth is very weak and rise when the risk of inflation looms on the horizon, while the role of fiscal policy has been reduced to a minimum in terms of organizing the economy.

To make their decisions, central banks sought to estimate what economists call the “NAIRU” under which prices rise, and when unemployment reached this rate, economic performance was at its highest, while inflation disappeared, and perhaps This was limited to the price level of financial assets, but not cars, phones, food, clothes, or even wages, and for 20 years central banks have failed to bring back inflation.

Perhaps worst of all, central banks expected their return often, such as the European Central Bank in the spring of 2011 or the Federal Reserve in 2015 when they both raised their rates preemptively in the wake of unemployment almost falling to its structural level (the non-accelerating rate of inflation of unemployment). And despite the estimates, the structural unemployment rate was never observed because prices have not accelerated since 2008.

Before the Covid-19 pandemic, the unemployment rate fell to 3.5% without any pressure on prices, and in 2015 economists at the US Department of Labor estimated this rate at 5.2%, and this means that no one really knows the rate of structural unemployment, and the growth rate cannot be expected. Probably, therefore, we cannot accurately estimate how far we are from a fully functioning economy.

A plan to revive the economy

The Biden team is trying to see to what extent the production system can be put under pressure by risking more revitalization of the economy than is necessary, even if that implies higher inflation, and at the moment it appears that Fed Chairman Jerome Powell is agreeing to regulate policy. The financial and the economy, which will negatively affect the public debt in the short term, and if the gross domestic product achieves rapid growth, the debt burden will be eased after that.

The writer explained that the Covid-19 pandemic did not contribute to the emergence of these economic ideas, because it has existed since the 2008 crisis, but rather contributed to accelerating its implementation, and Joe Biden is not the only one who tried to revive the American economy on a large scale, but rather Donald Trump preceded him through tax cuts. And reduce unemployment rates at a time when everyone expected the failure of his efforts.