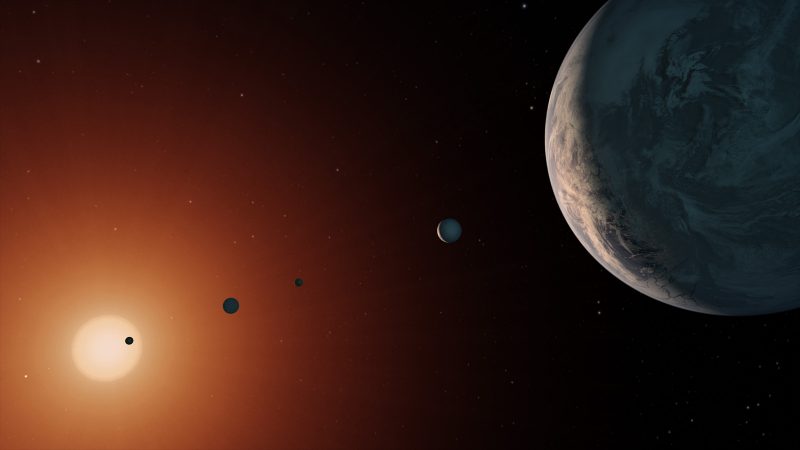 Using observations from NASA’s TESS, an international team of astronomers has discovered a trio of hot worlds larger than Earth orbiting a much younger version of our Sun called TOI 451.

The system resides in the recently discovered Pisces-Eridanus stream, a collection of stars less than 3% the age of our solar system that stretches across one-third of the sky.

“This system checks a lot of boxes for astronomers,” said Elisabeth Newton, who led the research. “It’s only 120 million years old and just 400 light-years away, allowing detailed observations of this young planetary system. And because there are three planets between two and four times Earth’s size, they make especially promising targets for testing theories about how planetary atmospheres evolve.” 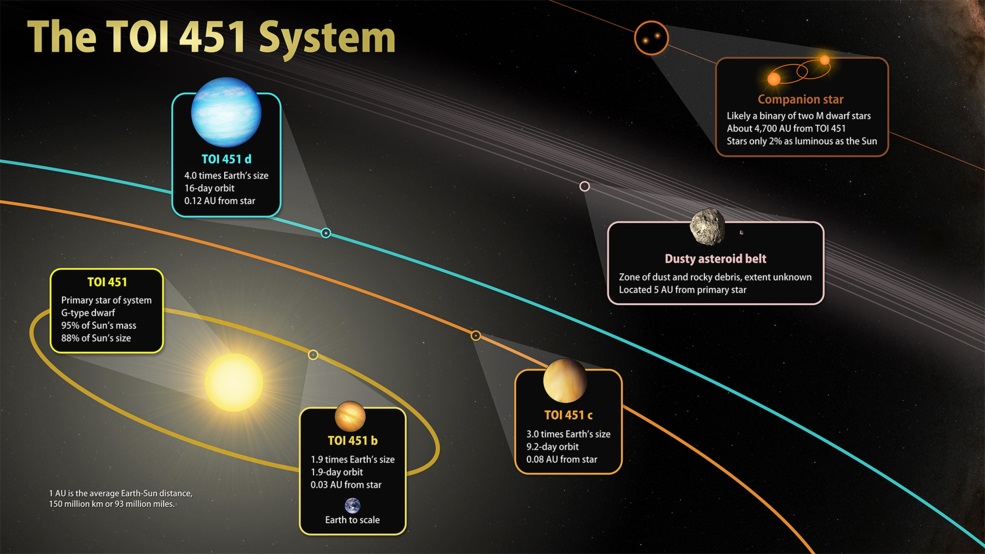 The young star TOI 451, lies about 400 light-years away in the constellation Eridanus. It has 95% of our Sun’s mass, but it is 12% smaller, slightly cooler, and emits 35% less energy. TOI 451 rotates every 5.1 days, which is more than five times faster than the Sun.

TESS spots new worlds by looking for transits, the slight, regular dimmings that occur when a planet passes in front of its star from our perspective. Transits from all three planets are evident in the TESS data.

Even TOI 451’s most distant planet orbits three times closer than Mercury ever approaches to the Sun, so all of these worlds are quite hot and inhospitable to life as we know it. Temperature estimates range from about 2,200 degrees Fahrenheit (1,200 degrees Celsius) for the innermost planet to about 840 F (450 C) for the outermost one.

TOI 451 b orbits every 1.9 days, is about 1.9 times Earth’s size, and its estimated mass ranges from two to 12 times Earth’s. The next planet out, TOI 451 c, completes an orbit every 9.2 days, is about three times larger than Earth, and holds between three and 16 times Earth’s mass. The farthest and largest world, TOI 451 d, circles the star every 16 days, is four times the size of our planet, and weighs between four and 19 Earth masses.

Astronomers expect planets as big as these to retain much of their atmospheres despite the intense heat from their nearby star. Different theories of how atmospheres evolve by the time a planetary system reaches TOI 451’s age predict a wide range of properties.

Observing starlight passing through the atmospheres of these planets provides an opportunity to study this phase of development and could aid in constraining current models.