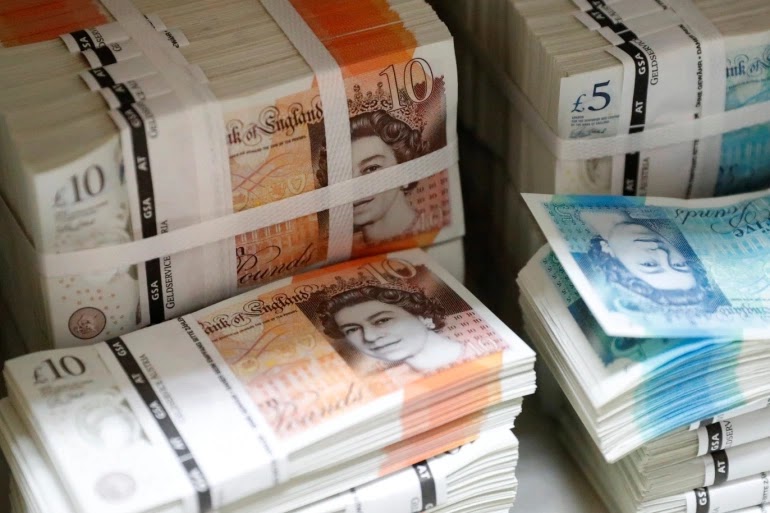 The British pound rose today, Monday, to its highest level in 3 years against the dollar, as investors bet that the distribution of “Covid-19” vaccines in the United Kingdom will bring an economic recovery, and after Prime Minister Boris Johnson announced a timetable to ease lockdown measures.

The sterling reached its highest level since April 2018, when it crossed the $ 1.40 barrier on Friday.

It has also recorded a 2.6% gain against the US currency since the beginning of 2021, and its rapid gains have led to talk of a possible correction.

Against the European currency, the sterling rose 0.26% to 86.34 pence per euro, after touching earlier in the session its highest level in a year.

The price of the digital currency “Bitcoin” decreased, after the start of trading today, by 10%, to reach 48.604 thousand dollars.

Bitcoin jumped to a record high of $ 58,354 yesterday, and it rose early this week to record levels, to nearly double its value since the beginning of the year while Its market value reached a trillion dollars on Friday.