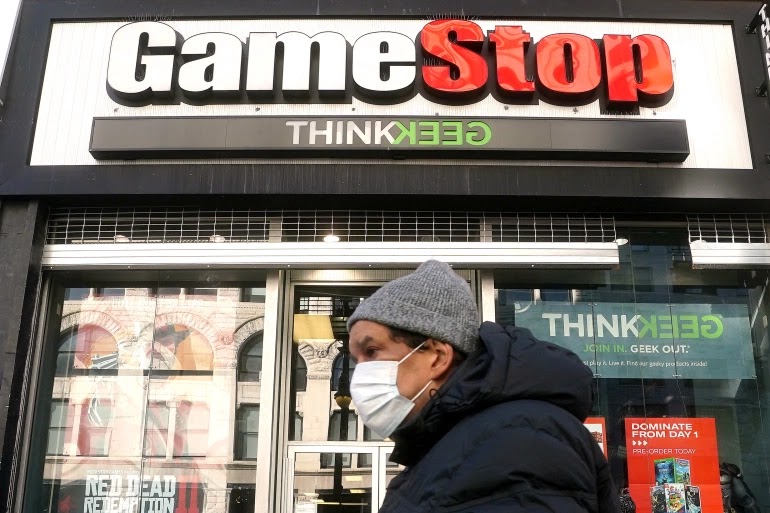 US Senators Bernie Sanders and Elizabeth Warren called on Sunday to take action against what they described as “Wall Street” violations through hedge funds that were highlighted after the fever that accompanied trading in shares of the video game company “GameStop”.

“We are calling for an investigation by the Federal Reserve Securities and Exchange Commission,” Warren said.

“What happened with GameStop is just a reminder of what has been going on on Wall Street for years,” the Democratic senator added.

She pointed out that it is “a fraud game, as a number of players interfere and manipulate the market.”

Amateur investors organized themselves through Reddit to buy shares of several companies, including GameStops. Hedge funds sell their shares to push their prices down in order to buy them back later, which led to a significant rise in the prices of these shares, especially Game Stop.

The Securities and Exchange Commission said, Friday, that it “closely monitors and assesses the extreme volatility of the trading prices of some shares,” and that it will work to protect retail investors when facts show abusive business activity or prohibited manipulation.

But Warren called for more decisive action, and said, “It is time for the Securities and Exchange Commission to move and perform its duties,” stressing, “We need more laws on market manipulation.”

“We have to look closely at the kind of illegal activities and disgraceful behavior on the part of hedge funds and other Wall Street players,” he said.

The share price of GameStop, a major video game retailer that was struggling with financial problems, rose due to the massive purchase initiative of the Reddit Group, which came in protest against hedge funds’ betting on the company’s collapse.

To cover their losses, hedge funds were forced to buy back Gamestop shares at a higher price than they sold them at, causing them heavy losses.

But he indicated that the new administration is focusing first on mitigating the economic repercussions of the “Covid-19” pandemic.