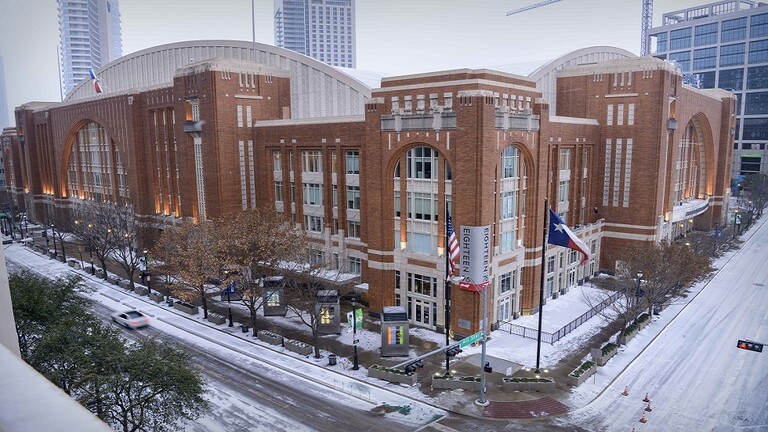 The United States witnessed a severe drop in temperatures that reached freezing point, from the northwestern regions bordering the Pacific Ocean to the Great Plains and in the states of the Central Atlantic Ocean.

President Joe Biden declared a state of emergency on Monday and decided to send federal aid to Texas, where temperatures on Monday ranged from -22 degrees Celsius to -6 degrees.

The power cut has deprived more than two million customer of electricity.

Oncor, Texas’ largest electricity utility, which serves 10 million customers, said Monday morning that electricity supply shortfalls are forcing much longer power outages than originally expected. “Outages due to this electric emergency could last for hours & we ask you to be prepared,” it wrote. 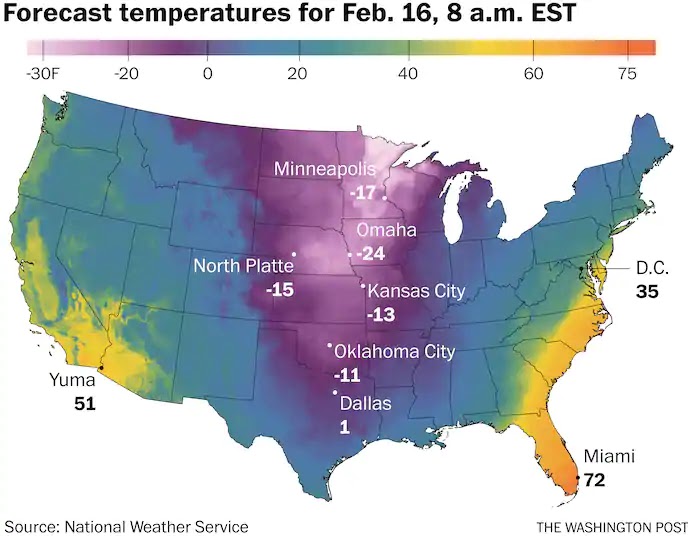