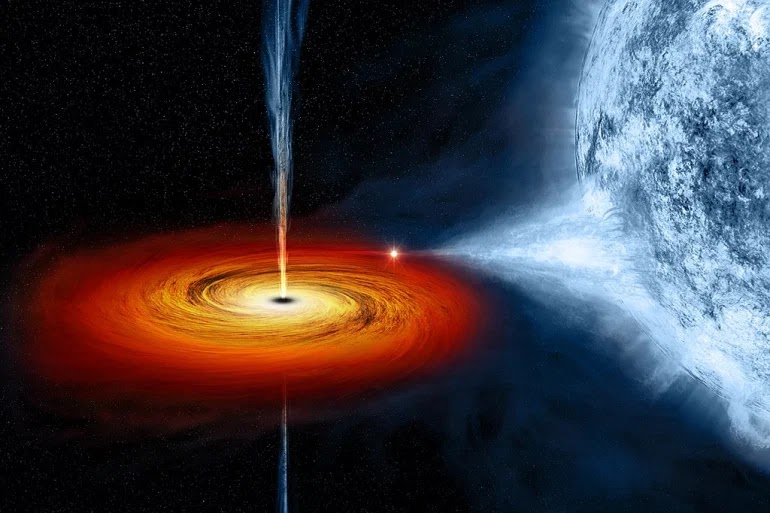 New observations of the first black hole ever detected have led astronomers to question what they know about the Universe’s most mysterious objects.

Published in February 18 in the journal Science by The International Centre for Radio Astronomy Research (ICRAR) , the research shows the system known as Cygnus X-1 contains the most massive stellar-mass black hole ever detected without the use of gravitational waves.

Cygnus X-1 is one of the closest black holes to Earth. It was discovered in 1964 when a pair of Geiger counters were carried on board a sub-orbital rocket launched from New Mexico.

The object was the focus of a famous scientific wager between physicists Stephen Hawking and Kip Thorne, with Hawking betting in 1974 that it was not a black hole. Hawking conceded the bet in 1990.

In order to monitor the black hole in the constellation Hen, the international team used a 10-dish radio telescope spread across the United States, along with smart technology to measure distances in space. This wide distribution of the plates allows astronomers to eliminate the influence of the Earth’s movement around the sun to measure the distance of distant objects.

According to the center’s statement, astronomer James Miller-Jones from Curtin University, who led the study, said, “If we can view the same object from different locations, we can calculate its distance away from us by measuring how far the object appears to move relative to the background.”

“Over six days we observed a full orbit of the black hole and used observations taken of the same system with the same telescope array in 2011,” Professor Miller-Jones said. “This method and our new measurements show the system is further away than previously thought, with a black hole that’s significantly more massive.”

The new measurements also found that it was 20% away from Earth than previously thought based on the original 1964 results.

According to the center’s statement, although the X-1 Black hole is still one of the closest known black holes, scientists have found in their new observations that it is farther than previous calculations indicated, as it is 7200 light-years away ( 9.5 trillion kilometers from Earth)

In addition, the research shows that the system known as (Cygnus X-1) contains the largest stellar-mass black hole ever, detected without the use of gravitational waves.

Jones says that the Black hole X-1 is the largest known black hole in the constellation of the Milky Way, and among the strongest sources of X-rays that can be seen from the planet.

He added, “The black hole in the system (Cygnus X-1) began its life as a star with a mass of about 60 times the mass of the sun and collapsed tens of thousands of years ago,” and that “it orbits around its giant star every 5 and a half days at a distance of one-fifth the distance between the earth and the sun.”

About the speed of the black hole, Chinese researcher Xueshan Zhao, co-author of the paper says, ““Using the updated measurements for the black hole’s mass and its distance away from Earth, I was able to confirm that Cygnus X-1 is spinning incredibly quickly—very close to the speed of light and faster than any other black hole found to date.”