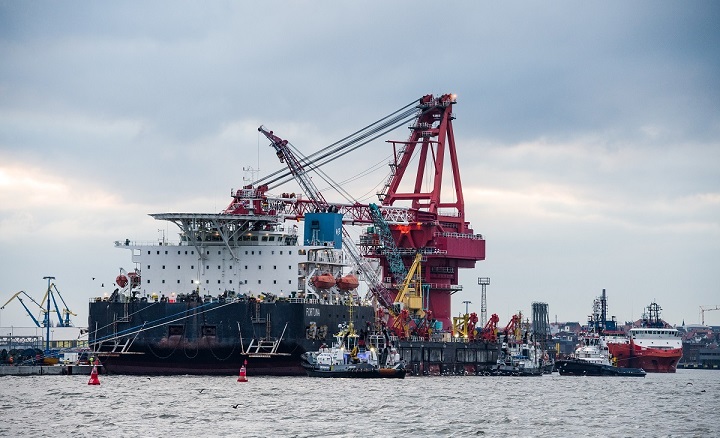 Nord Stream 2 AG, the operator of the “Nord Stream  2” gas pipeline project, announced that the “Fortuna” vessel had resumed its activities in Danish waters after a preparatory phase that lasted about two weeks.

The company said, in a statement issued on Saturday, that the ship successfully carried out experimental operations at sea and began laying the pipes, noting that “work is being carried out in accordance with all necessary licenses.”

Fortuna began work on resuming construction of the gas pipeline on January 24, and the Danish side of the project will extend 120 kilometers.

The “Nord Stream 2” project, worth 3 billion euros, includes laying two pipelines with a total capacity of 55 billion cubic meters of gas annually from Russia to Germany directly across the bottom of the Baltic Sea. The total length of the line is about 1,220 km, and it is supposed to be built parallel to the pipeline. Northern Torrent.

In early December 2020, construction work on the “Nord Stream 2” gas pipeline was resumed in German waters after being suspended for about a year due to US sanctions.

The Danish authorities allowed the resumption of project works in its waters, as of January 15.

The United States and several European countries, such as Poland, view negatively the new gas project, believing that it will increase the dependence of Germany and the European Union on Russian gas and thus on Moscow.