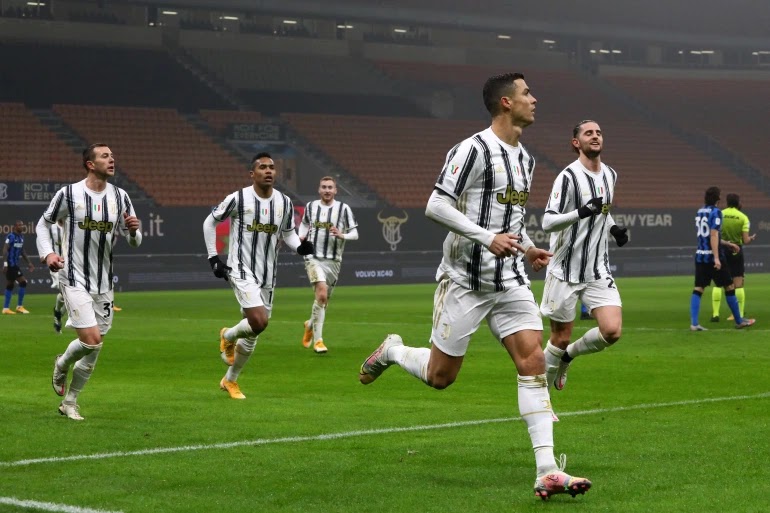 Juventus made a big step towards qualifying for the Coppa Italia final with a thrilling 2-1 victory over Inter Milan in the first leg of the semi-finals.

Juventus turned from a goal behind to win during the first half, thanks to the brilliance of his Portuguese goalscorer Cristiano Ronaldo.

Inter Milan made a goal through the Argentine Lautaro Martinez, but Ronaldo equalized for Juventus from a penalty kick in the 26th minute, then the Portuguese captain returned and scored the second goal for him and his team in the 35th minute, and brings the confrontation in the final box between Napoli and Atalanta, where the two teams meet on Wednesday.

Juventus will play the second leg at home against Inter Milan next Tuesday, with the winner in the aggregate to meet the winner of the match against Atalanta and Napoli in the final.

It is reported that Juventus lost the final match of the last edition of the Cup at the hands of Napoli by penalty kicks.