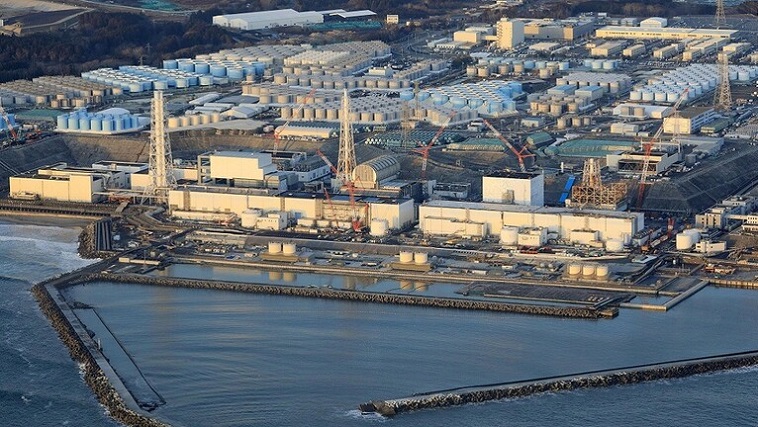 Fukushima Nuclear Plant Operator in Japan said that a limited amount of water leaked from storage pools of spent nuclear fuel in a number of reactors as a result of a strong earthquake that struck the country on Saturday.

Tokyo Electric Power Company said today, Sunday, that the leak occurred in the fifth and sixth reactors of “Fukushima -1” station and the first reactor at “Fukushima-2” plant.

The company confirmed that the amount of water was small, and that the accident did not cause a serious change in the radiation levels around the plant, nor did it pose a threat to the safety of the nuclear facilities in the country.

Meanwhile, Fukushima Prefecture on Sunday witnessed a strong aftershock measuring 5.2 on the Richter scale, with its epicenter 50 km underground.

There was no immediate information about casualties or damages as a result of this quake, while the Japanese Meteorological Agency canceled the tsunami warning that it issued immediately after the new quake.

According to the latest reports, more than 120 people were injured, and the movement of trains stopped in large areas in northeastern Japan on Sunday, after a tremor of 7.3 magnitude struck the same area as the devastating Fukushima earthquake about ten years ago on Saturday.

Saturday’s earthquake cracked walls and shattered windows, and caused a landslide in Fukushima, the area closest to the epicenter.