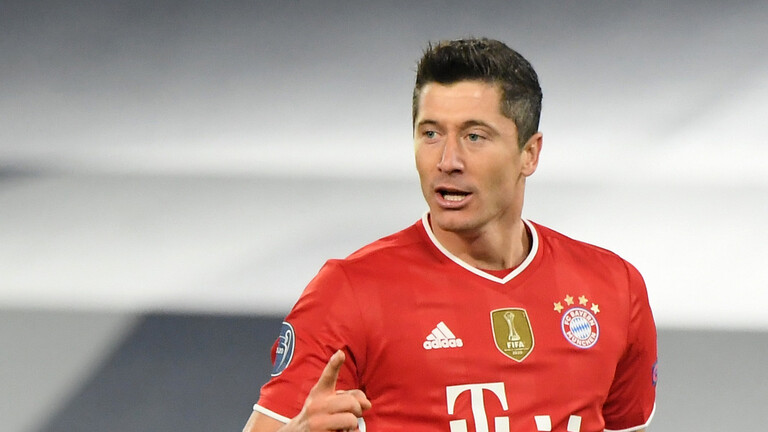 Bayern Munich won a broad victory over Lazio, Italy, 4-1, in the match that brought them together on Tuesday in the first leg of the 16th round of the UEFA Champions League.

The Bavarian team opened the door for registration early, since the ninth minute, through its Polish star Robert Lewandowski.

With this goal, the Polish star reached his 72nd goal in the history of his Champions League participation, smashing Raul Gonzalez’s record, who scored 71 goals in the most prestigious European competitions.

Ronaldo, the star of Juventus, is the top scorer in the European Champions League throughout the ages, scoring 134 goals in 175 games, while Argentine Messi, Barcelona’s captain, scored 119 goals in 148 games, ranking the competition’s top scorer historically.

Lewandowski, by 72 goals in 95 matches, surpassed Gonzalez, who scored 71 goals, but at a much lower rate than the Polish star, as he scored them in 142 matches.