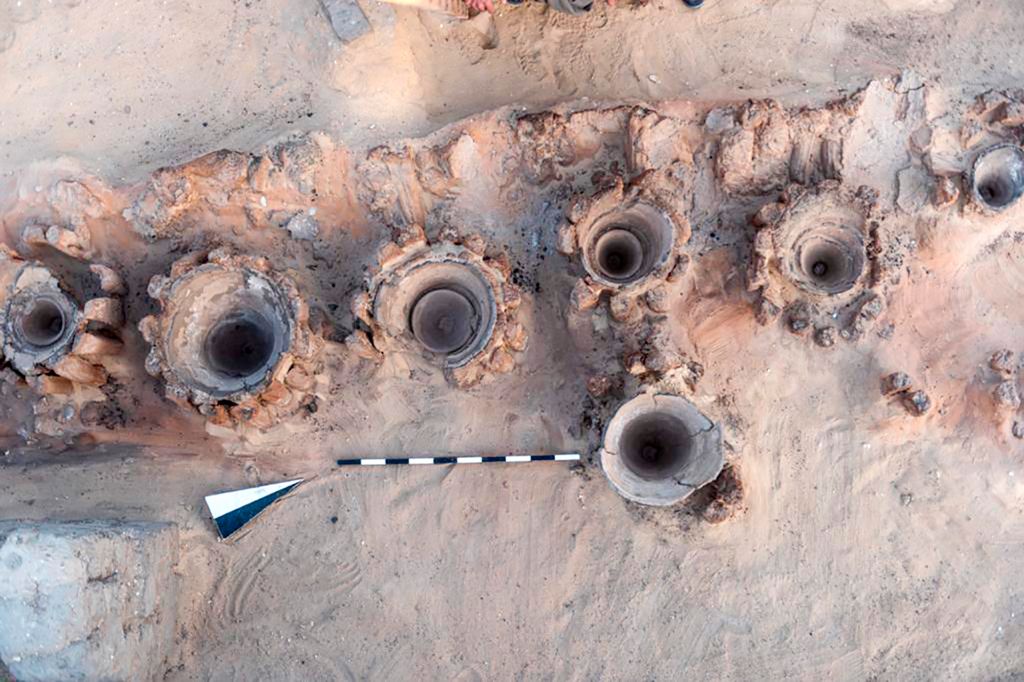 A high-production brewery believed to be more than 5,000 years old has been uncovered by a team of archaeologists at a funerary site in southern Egypt.

The joint Egyptian-American archaeological mission, headed by Dr. Matthew Adams of New York University, and Dr. Deborah Fishhak of Princeton University, who works in North Abydos, revealed what is believed to be the oldest high-production brewery in the world, according to what the Egyptian Ministry of Tourism wrote in a post on Facebook.

The brewery likely dates back to the era of King Narmer, it quoted the secretary general of Egypt’s Supreme Council of Antiquities, Mostafa Waziry, as saying, adding it believed the find to “be the oldest high-production brewery in the world”.

The sprawling brewery consists of eight sections, each containing about 40 ceramic pots divided into two rows – and it is believed to have made more than 22,000 liters of beer at a time, according to the statement. 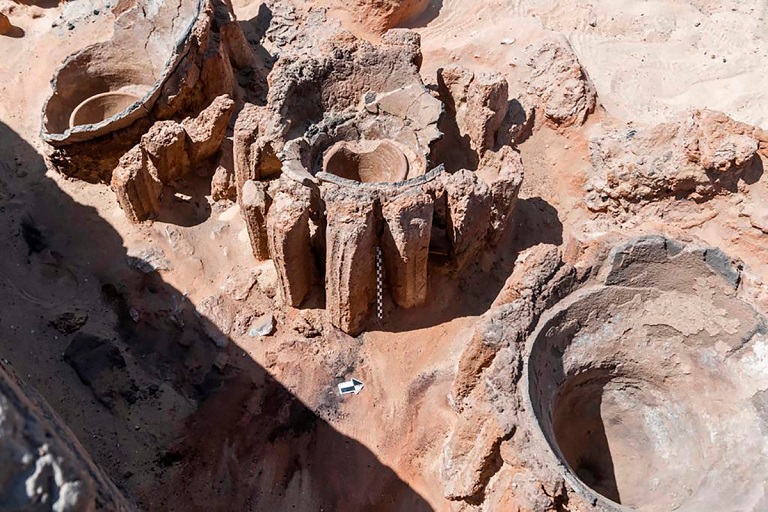 “Perhaps the facility was built in this place specifically to provide for the royal rites that were taking place within the funeral facilities of the kings of Egypt,” Adams said in the statement, indicating that the beer might have been used in “sacrificial rituals.”

British archaeologists were previously aware of the existence of the brewery in the early 20th century, but they were never able to determine its exact location, according to the statement.

And in 2019, Israeli researchers used 5,000-year-old yeast recovered from shards of Egyptian and Philistine pottery to prepare a brew of beer.

And in 2014, archaeologists discovered in the Egyptian city of Luxor the relatively recent tomb of the ancient brewer Khonsu Im Hub, which dates back to about 3200.