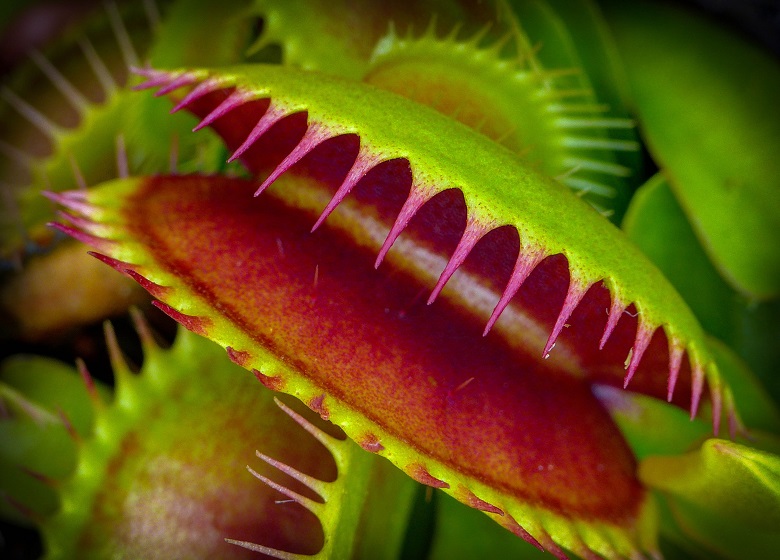 The Venus flytrap (Dionaea muscipula) is a carnivorous plant that encloses its prey using modified leaves as a trap. During this process, electrical signals known as action potentials trigger the closure of the leaf lobes.

An interdisciplinary team of scientists has now shown that these electrical signals generate measurable magnetic fields. Using atomic magnetometers, it proved possible to record this biomagnetism.

“You could say the investigation is a little like performing an MRI scan in humans,” said physicist Anne Fabricant. “The problem is that the magnetic signals in plants are very weak, which explains why it was extremely difficult to measure them with the help of older technologies.”

According to the researchers, this latest study, published in the journal Nature Scientific Reports, can teach us a lot about how plant life uses magnetic field signals for communication and as an indicator of disease, something we also see in humans and other animals.

Plants are known to use electrical signals as a kind of nervous system, but capturing biomagnetism has been very difficult. In 2011, a study attempted to detect the magnetic field around “Amorphophallus titanium”, a huge foul-smelling plant, by using atomic magnetometers capable of detecting the smallest fluctuations.

But the study revealed at the time that the plant did not generate any magnetic field greater than a millionth of the strength of the magnetic field surrounding us on Earth, which led to the experiment being considered a failure. The researchers participating in the 2011 study said their next step, if they did, would be to focus on a smaller plant.

For the current study, a different group of researchers decided to use a smaller plant in their new experiment. Anne Fabricant, a physicist from the Johannes Gutenberg University of Mainz (JGU), says in the press release posted on the university’s website on February 2. “We have been able to demonstrate that action potentials in a multicellular plant system produce measurable magnetic fields, something that had never been confirmed before” .

The trap of Dionaea muscipula consists of bilobed trapping leaves with sensitive hairs, which, when touched, trigger an action potential that travels through the whole trap. After two successive stimuli, the trap closes and any potential insect prey is locked inside and subsequently digested.

Interestingly, the trap is electrically excitable in a variety of ways: in addition to mechanical influences such as touch or injury, osmotic energy, for example salt-water loads, and thermal energy in the form of heat or cold can also trigger action potentials.

Small ripple can be measured

The researchers detected magnetic signals with an amplitude of up to 0.5 picotesla from the Venus flytrap, which is millions of times weaker than the Earth’s magnetic field.

“The signal magnitude recorded is similar to what is observed during surface measurements of nerve impulses in animals,” explained Anne Fabricant.

The JGU physicists aim to measure even smaller signals from other plant species.

In the future, such noninvasive technologies could potentially be used in agriculture for crop-plant diagnostics, by detecting electromagnetic responses to sudden temperature changes, pests, or chemical influences without having to damage the plants using electrodes.