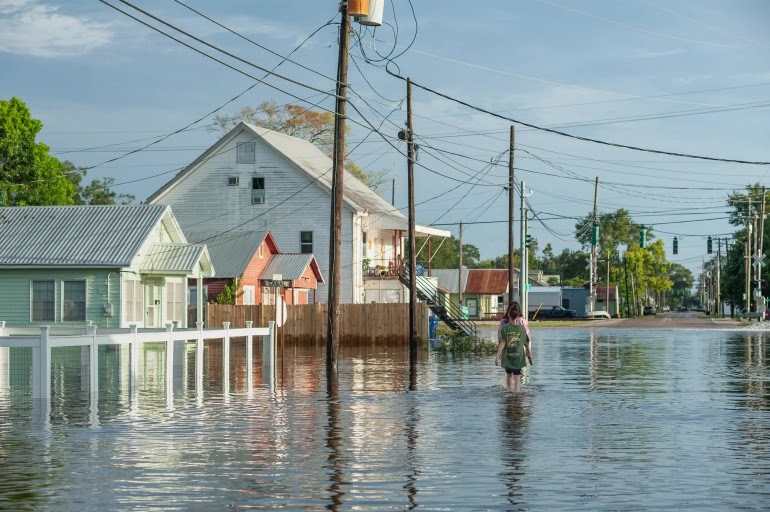 A new scientific study reported that there are large areas in 34 countries around the world that are threatened by the risk of collapsing or ground level Subsidence, due to the excessive pumping of groundwater, drought and modern urban expansion that depends on tall buildings and urban densities that have become a burden on the lands.

According to the study published on January 1 in the journal Science, scientists were able to create a global map of the areas most exposed to this danger, and then arrange the countries according to the severity of decay or land decline, with measuring this severity by 2040.

Asia is in the lead

China ranked first in the ranking, followed by India, and two Arab countries appeared in the ranking, namely Egypt – which came in third place – and Algeria in number 12. Calculating the population, this phenomenon affects about 635 million people, or nearly 19 % of the world’s population.

This study – which was supervised by the researcher “Gerardo Herrera Garcia”, an expert in geological risks in the Department of Geological Research and Foresight at the Institute of Geology and Mining of Spain (IGME) – relied on the analysis of 200 previous scientific studies in this field.

The study provided several examples of land degradation, especially in the Asian continent, which ranked first in terms of severity, and mentioned, for example, the Indonesian capital, Jakarta, which some areas know a drop of 2.5 cm every year.

According to the study, the causes of this phenomenon are multiple, such as the excessive pumping of underground water reservoirs that cause the formation of underground cavities, and the increasing weight of the facilities and buildings that exert great pressure, especially on soft lands.

The study also found that the most affected areas are those that suffer from great demographic pressure, which leads to a significant rise in water requirements, as well as drought-prone areas because they require increased irrigation.

It estimated that by 2040, this risk may increase by 80% in the Philippines, Iraq, Indonesia, the Netherlands and Algeria, but it will remain slight (less than 30%) in China, the United States or Italy.

Garcia, the main supervisor of the study, said in the report published by Futura Sciences scientific website that he is optimistic about putting an end to this phenomenon before it worsens.

As solutions, the researcher suggested adopting agricultural practices that require less irrigation, and avoiding intensive urban expansion and building on rocky areas that are resistant to this phenomenon.