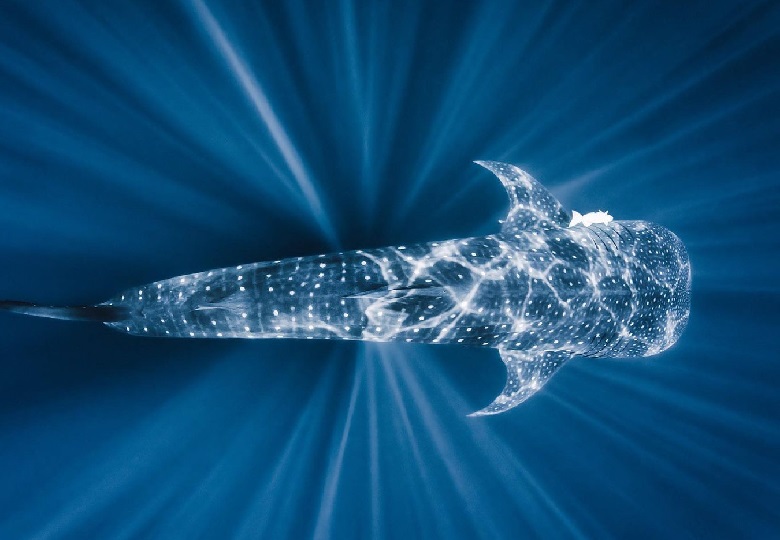 Sound travels faster and farther in water than in air. Over evolutionary time, many marine organisms have come to rely on sound production, transmission, and reception for key aspects of their lives.

These important behaviors are threatened by an increasing cacophony in the marine environment as human-produced sounds have become louder and more prevalent.

A recent study warns of the negative impact of noise-generating human activities on the behavior, reproduction and sizes of marine organisms, and even more than that, some of them are forced to leave in search of calm and tranquility.

A group of international researchers studied the effect of the loud sounds that humans make, to measure the extent of their impact on fish, whales and marine ecosystems, and found that this had an impact on their behavior, reproduction and even their size, which made them advocate for the activities responsible for this to be included in the legal prohibitions.

According to the study supervised by Professor Carlos M. Duarte and published in the journal Science on February 5, modern humans, and specifically since the Industrial Revolution, cause acoustic disturbances on land and at sea.

Whales can no longer hear each other

“Loud and disturbing sounds are a strong indicator among the indicators that indicate the health and safety of seas and oceans,” said one of the researchers involved in the study, Pan Halpern, in a press release issued by UC Santa Barbara.

He added, “As we did on the noisy land, we did in the seas and oceans. We all refuse to live near a highway, and the same is true for fish that are leaving their places.”

According to the researchers, it seems that the loud noises emanating from the tourist or goods transporting ships, the many fishing boats, the work of oil exploration and even the urban expansion activity on the coasts, has negatively affected the communication between the whales that no longer hear each other’s calls as it was in the past.

Therefore, the researchers called to take the matter very seriously, because underwater sounds travel faster and for longer distances than on land, which requires international intervention to reduce this special pollution.

The impact of the Coronavirus

The study gave an example of all of this, including what happened during the spread of the Corona virus, which knew a great stop in the movement of ships, as scientists found that many fish and whales gradually returned to their first homes and began to frequent areas close to the beaches in dazzling pictures that we have not seen for a long time.

The researchers confirmed that sound pollution is easy to contain because it has no effects that extend over time. Once the sounds stop, we put an end to this pollution, and we can see the results on the ground quickly, which is encouraging to take the necessary measures.

“The levels of sound pollution vary from one region to another according to the intensity of marine activity known to these areas, which is mostly activity related to ship traffic, and we have recorded the presence of significant pollution in both the North Sea and the Gulf of Mexico, And the Arabian Gulf. ” Professor Carlos M. Duarte.